Caterpillars are butterfly larvae that come in many different shapes, colors and sizes, but the damage they do is always the same.

They ingest plant leaves and pine needles as they feed, and thereby wreck often irreparable damage in the garden and in the vegetable patch.

What are the effective organic caterpillar treatments?

Many chemical synthetic products have been developed that are quite effective in destroying the pests.

But, alas, the products themselves are often toxic for the environment and their use must be foregone because, today, many organic treatment have appeared that are very effective.

Here are several organic caterpillar control options that aren’t a problem for the environment at all:

Each of the above is summarized in the sections below (numbers are simply there to help you navigate the page easily. There isn’t any “better or worse” strategy, and you’ll likely end up using a combination of most).

Also, if you’re only dealing with the occasional caterpillar, perhaps it’s all right to let it feast and grow. It may turn into a wonderful butterfly. Try looking up what type of caterpillar it is.

1 – BT sprays, use microbes against caterpillars

Products based on Bacillus Thurengiensi are authorized for use in organic growing and only have a very reduced negative impact on our planet.

BT spares most beneficial insects. It breaks down within a couple days due to ultraviolet rays and water.

BT works by blocking digestion in the caterpillars, which can’t eat anymore. It can take two or three days for caterpillars to consume their reserves, after which they die without turning into moths.

There are a host of insects and animals that will either eat caterpillars outright or parasite them. These predator animals are a great option because target pests cannot develop resistance to them, as they would to chemical treatments.

We’re all familiar with how ladybugs help against aphids, but these little Our Lady’s Bugs also eat caterpillar eggs when they come across them. Young, newly hatched caterpillars are a choicy snack, too.

Birds love eating caterpillars. Even those ugly, hairy, colorful ones are often gobbled up in hungry beaks.

Trichogramma is a genus of wasps that lays eggs inside caterpillars. After hatching, they eat the pest out from the inside and keep it from turning into a butterfly.

Not all parasitic wasps are beneficial, though. For example, the citrus wasp is a type of gall wasp that attacks plants directly, not other insects.

Trichogramma are bought in massive amounts. For example, between 50,000 and 200,000 individual wasps are recommended to treat one acre of infected gardens. Ideally repeated weekly.

Chickens love eating many kinds of caterpillars. Sometimes they have to be “taught” to like them though. Chickens which have been fed grain and housewaste aren’t always adventurous when it comes to “new” food. Not all caterpillar types are healthy, though.

Once they’re familiar with that particular caterpillar type, you can release them in your vegetable patch for a short while.

Learn how to set up a chicken coop

Note: this also works with ducks

Other insects and animals

There are quite a few more animals and insects that have caterpillars on their daily menu.

Hedgehog is one of them. They also help get rid of slugs and snails, too. Green lacewing is an insect that is a great help because it eats all manners of eggs, caterpillars, larvae as it grows. Adults pollinate plants, too. Not to forget are frogs, toads, different types of rodents, several varieties of spiders… 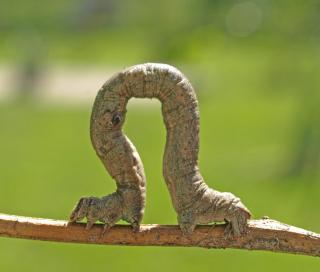 This is of course the cleanest way of removing caterpillars from your plants.

It’s fairly time-intensive when caterpillar populations explode. However, if you make it part of a daily or weekly routine, you can quickly pick most caterpillars off before they do any real damage.

Simply going around your garden every couple days will let you avoid any serious contamination.

How to pick caterpillars by hand

What can you do with caterpillars?

Caterpillars hatch from moth and butterfly eggs. You can protect against mothers laying these eggs on your plants in different manners.

Fence out moths and butterflies

Insects often have trouble navigating around obstacles. Additionally, they serve as windbreakers which means insects aren’t carried around as far. 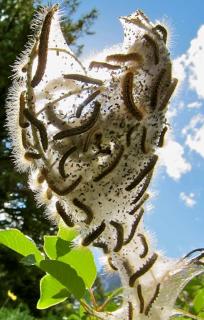 An alternative to hand-picking them is to lure them all together, which makes catching them easier. In short, you want to replicate conditions that will attract a nest.

Against the devastation of oak processionary or spruce processionary worms, it’s possible to create a trap that will collect the thousands of caterpillars as they march down from infected trees, preventing their spread to others!

5 – Oils and soaps against caterpillars

It’s difficult to find sprays that will only target caterpillars. Usually, the following will get rid of pests like caterpillars, aphids and red spider mite. However, they’ll often remove beneficial insects, too.

Note: Neem oil will kill bees, so only spray it at dusk, when bees have returned to the hive.

For one liter (one quart) of natural caterpillar repellent, add a combination of the following:

To extract the active compounds, you can either:

A specific variant of this is the garlic decoction. To a certain point, several fermented tea recipes can help against caterpillars, too, especially rhubarb fermented tea.

Moths and butterflies can also be tricked! Optical illusions will make them think a certain spot is taken. Let’s take a look at some of the tricks that would certainly trick us as well, if we were moths!

Some crops can be protected if sacrificial crops are nearby. Typically, nasturtium is a favorite of many moths and butterflies. Having this climbing plant growing from an barrel nearby will attract egg-laying moths to it. Your own crops will remain unscathed!

Some great decoy crops that lure caterpillars away:

Best is to check on these decoy plants first and remove caterpillars from them as soon as you see them.

You can trick moths and butterflies into laying their eggs further off!

A traditional practice is to hang half-eggshells upside down at leaf height in vegetable patches and fields. Supposedly, moths lay their eggs in the underside which naturally forms a sheltered dry and wind-free spot. Only thing left to do is to check the undersides and remove any that have eggs under them!

Caterpillar larvae hatch after spending the winter in the ground or in secluded areas. Certain plants are also known to repel insects, and moths or butterflies in particular. Let’s see how using plants around the garden can help protect target plants, in addition to decoy plants (see above).

Many of the most problematic caterpillars have a simple life cycle:

If crop rotation is practiced, fresh pupae hatch from their cocoon but can’t easily find new host plants when they emerge.

Having a high amount of different plants will have several beneficial consequences against caterpillars, too: 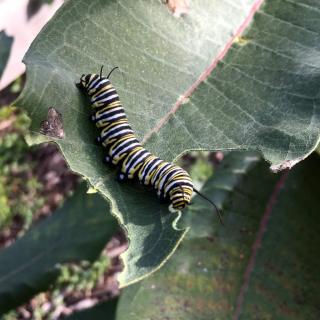 Aside from decoy plants that attract caterpillars, there are also a set of plants known to repel most types of caterpillar insects.

Some caterpillars are definitely pests, while others will grow into beautiful butterflies.

Get to know those that are most common in your area! For example, a famous visitor in the vegetable patch is the cabbage white.

Some may also be endangered species, which you can protect instead of killing them.

Rose tree diseases and how to treat them
Rose trees are most certainly among the most beautiful flower-bearing shrubs, but they are also among the most vulnerable to…
Red spider mite, what is the best treatment ?
Red spider mite is a tiny mite of the Tetranychidae family. It attacks leaf and flower plants, indoors and outside.…
Whitefly, techniques and organic treatments to avoid them
Whiteflies are tiny insects that can attack all kinds of plants, particularly: hibiscus, geraniums, greater celandine, fuchsia plants and certain…