French marigold is a plant that exhibits very beautiful flowers during the summer.

Flowering – May to September.

This plant is also often planted in the vegetable patch to fight aphids or nematodes. Planting and care are important to enhance blooming.

The planting is an important step, because it determines how the plant will grow and the expected blooming of the French marigold.

Pruning and caring for French marigold

Easy to care for, French marigolds are plants that require very little care, especially when already well settled in.

All there is to know about French marigold 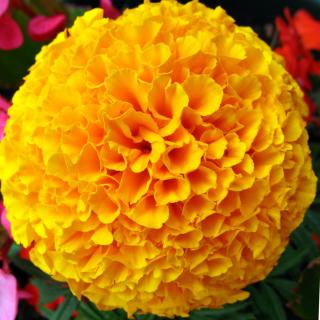 French marigold, which is actually native to Latin America, comes in multiple varieties and as many shapes and colors.

This is a plant with affirmed, striking flowers thanks to their size of course, but also thanks to the stark powerful colors that mark a contrast with their green leaves or those of other plants in your garden.

Also use French marigold to fight against a good number of insects like ants, aphids or whiteflies. In effect, their strong smell is a natural repellent against these garden parasites.

A confusion in names

The name “marigold” has been used for centuries for a great number of flowers – somehow, any low-growing flower that was bunched and bright yellow had a chance of being called marigold. To date, this has led to the name being used for many different flowers:

Just take a few stems and pair them with greens from the garden, and the impact is guaranteed! 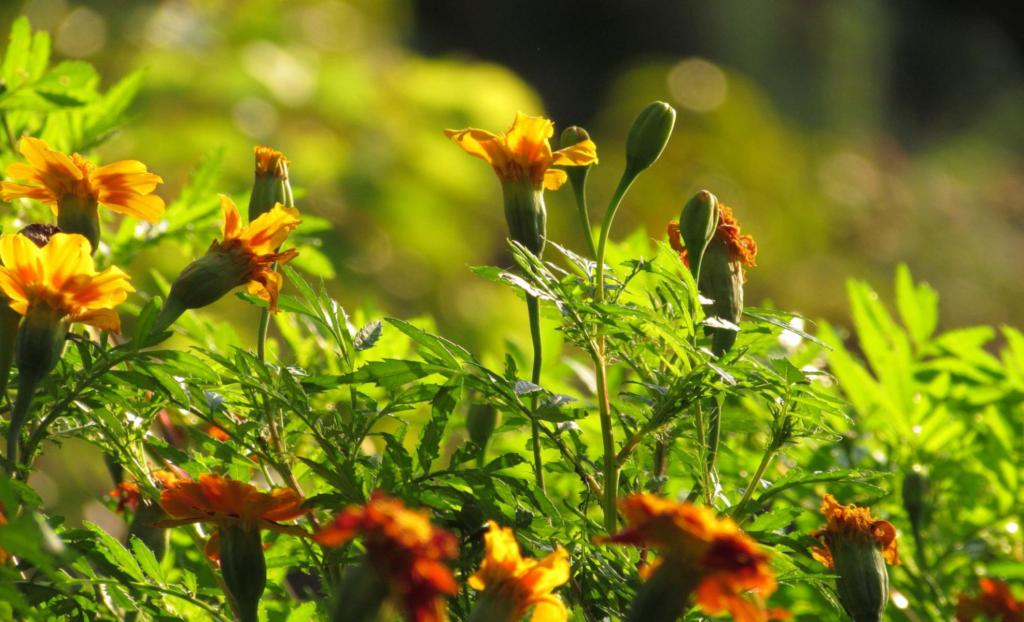 Credits for images shared to Nature & Garden (all edits by Gaspard Lorthiois):
Cover of French marigold (also on social media) by Bishnu Sarangi under Pixabay license
Big round bloom by skeeze under Pixabay license
Side view by Daniela under © CC BY-SA 2.0
Meet the community
Need advice? Share your garden joys & woes!
Live from the forum
French Marigolds reseed or not

Fleabane, the rockwall daisy
Fleabane is a very cute little plant which is a hot trend nowadays. A summary of key fleabane facts Name…
Garden pink, easy and ornamental
Garden pink is appreciated for its flowers and delicate, fine and somewhat blueish foliage. Key Garden Pink facts Name –…
Oxeye daisy, flowers galore
Daisy is the name given to a host of varieties and so they come in different shapes and colors. Key…