Home » Gardening » Herbs and spices » Aniseed, a delicious seed to crunch on after meals

Anise (or green anise), from which aniseed is harvested, is an herb that is simple to grow. Its digestive properties paired up with the fact that it freshens one’s breath make it a must-have in the garden.

Harvesting aniseed – from August to September

Planting and caring for green anise from seed to harvest is easy if you follow these simple steps.

How to plant aniseed, green anise

Aniseed is best sown from seed in March directly in the growing bed, but you can still sow until April and even May.

Space a few seed holes about 8 to 10 inches apart (20 to 25 cm) and sow up to five seeds in each. Once they’ve sprouted and grown a bit, remove all but the strongest in each seed hole.

Growing aniseed in a pot indoors or outside

It’s a great idea to grow aniseed in a pot or container for your own small-scale herb garden.

Note that aniseed grows to be a bit top-heavy. If set in a windy spot, stake and tie it or you’ll risk having it bend and topple over.

Although aniseed isn’t a very thirsty plant, it will grow best if you water it regularly, especially if grown in containers.

Subjecting it to drought might stunt the plant a bit, and might even lead to early blooming (called bolting). Since seeds are what is interesting to harvest for this plant, it isn’t much of a problem, unlike leaf veggies like lettuce and escarole.

While still young, you can root out competing weeds if you feel your aniseed is getting smothered. This won’t be necessary once the plant is more established, since it also grows fast and forms a dense, weed-throttling clump.

No need to prune or to cut your aniseed back. Normally it should die off in winter because of the cold. When the leaves and stems are spent, cut them off and feed them to your compost, which will appreciate the nutrient-laden organic material.

As an alternative to staking your green anise, you can also ridge the plant to strengthen it in the face of strong wind, so that it can stand upright until the seeds are ready for harvest.

Bring your aniseed indoors to protect it from the cold. Stems that have bloomed will die off, but new growth can sprout back to replace them. Be sure to spread a few seeds for the cycle to continue unfettered.

Bringing the plant indoors will help it get a head start in spring, but you won’t be harvesting seeds year-round because the aniseed plant is sensitive to the length of daytime sun.

Leaves of the green anise plant are edible, and they have a distinctive strong flavor. Add a few to your salads, blend them with veggies for soup or boil them for broth.

You can start harvesting aniseed leaves as soon as the plant has really taken off, usually six to eight weeks after sowing. 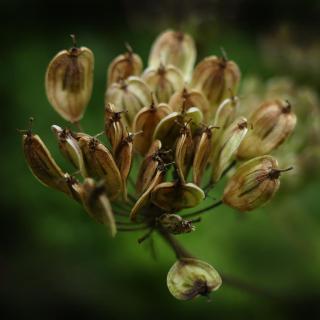 Seeds fertilized by bees and insects will form in pods that stay attached to the flower umbel.

The first ones will mature at the height of summer and the last ripen in fall, so you’ll be harvesting the aniseed from August to October.

You’ll have to use the seeds within the following year for best taste, since the flavor won’t last.

Note: mark the umbels of the plant that was most vigorous and bountiful. Set them aside and use these for sowing next year, and the harvest will keep increasing year after year as the plant adjusts its genetic material to your specific growing environment!

Pests and diseases that attack aniseed

Diseases are extremely rare on the aniseed plant. In extreme conditions, you’ll witness the plant falling victim to powdery mildew, but this seldom occurs.

As for pests, you’ll find that, as usual, slugs and snails will snack on young seedlings and fresh leaves. Older plants aren’t as attractive to them so once spring is over, it’ll be fine.

Another animal that the aniseed plant is a host for is aphids.

You can actually use this attraction to your benefit, since aphids will prefer to set up colonies on your aniseed plants. They’ll disregard other plants and leave your favorite vegetables and roses free! This is called decoy pest management, and you can use aniseed in the same way you might use nasturtium vines.

Green anise repels almost every type of caterpillar, except for one. The only exception is the “Anise black swallowtail” butterfly, for which this plant is a preferred host.

Aniseed repels many insects and animals that are pests for other crops.

In addition to aphid-diversion mentioned above, it will repel caterpillars and worms of many flies, mites and moths.

Since they compete for the same level of sun, you should avoid planting green anise near carrots and basil.

Green anise doesn’t deplete the soil in any way. It can be grown in the same spot for years on end. 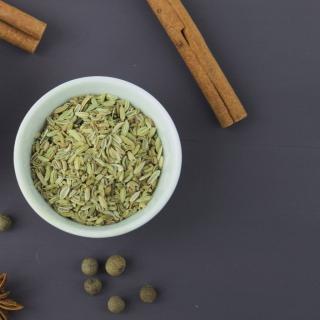 Aniseed, a plant native to Europe and Northern Africa, was cultivated for its health benefits and spice properties in the times of the earliest Egyptian Pharaohs, four millennia ago.

In Middle-Eastern countries like Syria, restaurants customarily offer a small bowl with aniseed at the end of the meal. Munching on a pinch of seeds is very refreshing on hot days and does away with bad breath that might result from the otherwise spicy local food. It also helps digest heavy foods.

Aniseed is quite similar to dill and fennel at first glance because all share a pungent, licorice-like smell that people either love or hate.

Don’t store or purchase large amounts of aniseed, since the flavor doesn’t keep. Better share a bountiful harvest with friends and neighbors!

Parsley, flat-leafed or curly-leafed, it is everywhere!
Parsley is a commonly used spice that grows easily. Parsley key facts Name – Petroselinum crispum Family – Apiaceae (parsley family) Height –…
Dill, from growing to harvest
Dill is delicious with its delicate aniseed-like flavor and it is perfect paired with sauces, marinades and fish. Important Dill…
A fragrant garden!
There are innumerable fragrant flowers and plants that will bathe the garden in fresh perfumes that tickle our senses and…