Cross-pollination is when pollen from one plant variety fertilizes flowers of another variety, usually within the same species.

Learn more about cross-pollinating different fruit, vegetable and flower species in the garden. When you should increase or avoid cross-pollination is also explained, with the benefits of each.

Most plants that bear flowers reproduce through sexual reproduction. This means each seed comes from an ovule of the mother plant that was fertilized with pollen from a male plant. These special reproductive cells, called gamete, are produced and released in flowers, usually on the pistils (for female gametes) and the stamens (for male gametes).

Cross-pollination is what happens when each gamete comes from different varieties within a plant species.

This almost always happens between two different varieties of the same species.

What is not cross-pollination?

Many species are capable of producing both male and female gametes on the same plant, sometimes even on the same flower. When these are able to bear fruit without any outside pollen, it means they’re self-pollinating plants (or self-fertilizing).

Sometimes two different species within a family can bear fruit together and will have offspring. This is called hybridization or hybridizing, and the offspring is called a hybrid.

In a way, hybridization is a successful cross-pollination between two different species.

Cross-pollination is sometimes mandatory for some species to bear fruit.

In most cases, cross-pollination increases the harvest in number and fruit size.

Lastly, in some cases cross-pollination is completely unnecessary, or should even be avoided.

When is cross-pollination necessary?

Many fruit tree varieties require cross-pollination to bear the most fruit, but some absolutely require it. Indeed, on their own or if only planted with the same variety, they would never bear any fruit.

Cross-pollination is also necessary if you’re breeding plants in the hope of discovering a new plant variety. It’s faster than hoping for stable mutations to appear from propagated cuttings or natural growth. 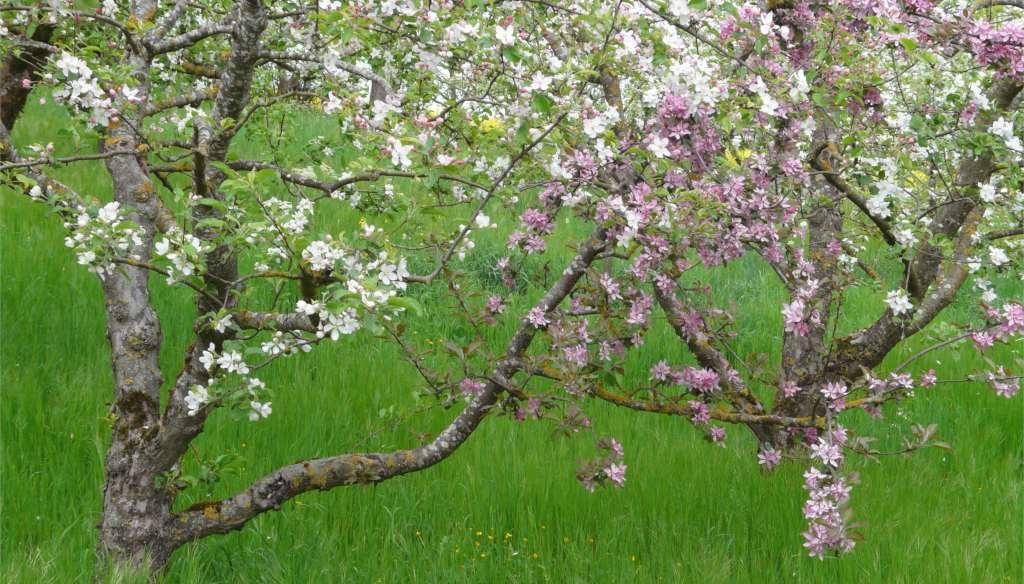 Almost all varieties and species will bear a larger harvest if they are cross-pollinated with other varieties.

This is especially true for most self-pollinating varieties. Although they will bear fruit without any outside pollen, there are still advantages of cross-fertilizing them:

Most self-pollinating varieties will bear fruit perfectly without any pollen from other varieties: their own pollen is enough.

For some plants, the fruit appears even if the flower isn’t pollinated or fertilized. This is called parthenocarpy.

Of course, cross-pollination isn’t needed for all plants not grown for fruit or seed:

When to avoid cross-pollination

Sometimes it’s actually a bad idea to cross-pollinate because the harvest would increase too much. Fruits would stay small and branches may break off. Additionally, trees that bear too many fruits will age and perish within a few years. Over-pollination exhausts the mother plant.

This is a precaution you should take with:

For example, the wood of most pear tree varieties is brittle. If you can’t take the time to thin fruits every year in season, it may be best to have varieties that don’t pollinate very well. That way, branches won’t break due to heavy fruiting.

The other main reason to avoid cross-pollination is to maintain a pure variety. This is especially important if you’re using your own seeds year after year, like when you save seeds from your tomato plants. Squash, bean, carrot, are good examples of this: if you grow two varieties close to each other, it’s impossible to predict what their seeds will grow to become. It’s also relevant if you want to protect your seeds from genetically modified organisms (GMO) crops that are planted nearby.

Sometimes choosing the right varieties to pair can get tricky. When you buy a new plant, simply ask the horticulture store for help. Staff training and counsel will be invaluable!