While it’s difficult to keep microscopic pollen from flying around, there are a few things that will reduce cross-pollination.

Increase distance to other varieties 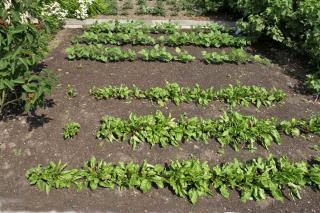 Pollen may travel far, but in many cases having several hundred yards or meters distance will already significantly reduce pollination.

The greatest possible distance isn’t even in miles or kilometers: it’s time! Sometimes it’s best to only grow a single variety, and the following year to grow another. That way, you’re sure that the two won’t cross-pollinate. Seeds are usually viable for several years, so it won’t compromise your ability to grow. 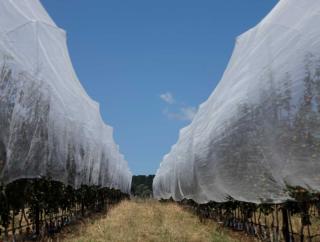 A net with fine mesh wrapped around a blooming tree will keep insects from bringing foreign pollen in. You only need the net during the blooming period. It also acts as an obstacle to wind-borne pollen.

You might also want to grow your special plant variety in a greenhouse that is closed to outside insects instead. This should block cross-pollination entirely.

Even simply setting up a garden hedge or wall will reduce the amount of pollen carried over by air and insects to prevent cross-pollination.

For apples and pears, for instance, varieties known to be “triploid” won’t bear any pollen at all. 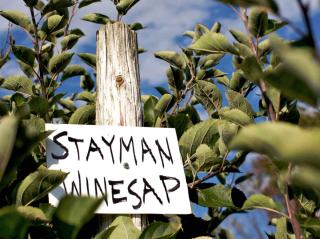 For pears, triploid varieties include:

Gardens with poor pollinators will not be attractive to pollinating insects. In general, such trees and vegetables will tend to have seedless fruits.

This solution is often implemented when trying to produce a very specific hybrid. 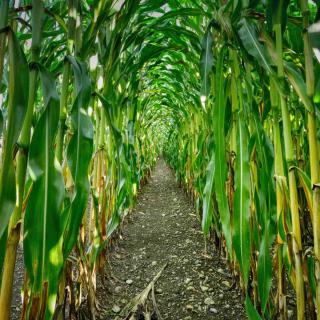 For example, most of today’s corn (maize) are hybrid seeds. These are a cross-breed between two different corn parents. One must be the mother, and the other a father: if their roles were reversed, the hybrid offspring would not be the one sought. In this case, since corn has both female and male flowers, the following is done:

It’s time-consuming work but the hybrid seed sells well: it produces a more vigorous plant than either mother or father plant!

→ Refresher: what is cross pollination
→ Opposites attract: how to increase cross-pollination

Green lacewing, the genesis of aphid lions
Green lacewing also goes by more dramatic and telling names: golden-eyed fairy, aphid lion, aphid wolf... and each name reveals…
Impact of insecticides on garden butterflies and bumblebees
Large scale impact of pesticides on butterflies and bumblebees in private gardens in France. Scientists from the Preservation Science Center…
Wasp, a reputation that deserves a makeover
Always a hassle around the picnic basket, sometimes even a painful sting, the wasp doesn't seem to manage positive vibes,…