Home » Gardening » The fruit Orchard » Apple tree, the joy of biting your own sweet, crunchy apples

The apple tree is among the most common fruit trees found in our orchards.

A summary of Apple tree facts

Even though there is a great diversity in the varieties of apples, growing and caring for all apple trees is always the same. The only difference is how long some apple varieties take to mature, since some are early and others tardy.

Fall is the best season for planting apple trees, as this lets the tree develop a sufficient root system before the onslaught of winter.

When planting in spring and in summer, ensure regular watering. 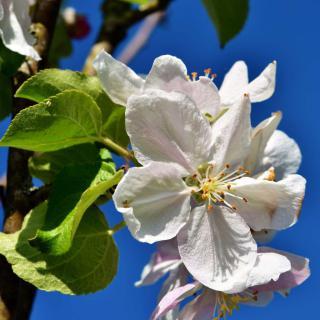 Generally, apple trees are not self-pollinating, meaning that if you wish to have apples, you’ll need to plant at least 2 apple trees.

If you lack space to plant more than one apple tree, choose a self-pollinating variety such as: ‘Charles Ross’, ‘James Grieve’, ‘Egremont Russet’, ‘Arthur Turner’ or ‘Red Falstaff’.

Planting, pruning, and caring for an apple tree

In order to coax the tree into producing many beautiful apples, it is important to perform a fruit-inducing pruning before spring growth has started.

Pruning your apple tree should hence take place at the end of winter, when freezing no longer occurs.

The best way to keep apples in winter for a long time is to place them in wooden crates, in a cool, ventilated and rather dark place.

As regards fruits that have fallen to the ground, eat them as soon as possible because they’ve been damaged by the fall and would not keep for very long.

The most common apple tree diseases are scab and apple rot.

If an onslaught appears at the end of the cycle, when apples are already well-formed, degradation is limited and perhaps only a slight coloration of the apples may be observed. The harvest is not lost, but it is more difficult to keep the apples

However, if scab appears early in the season, it is recommend to treat it in order to stop the spread of the disease. An early onslaught of scab may hinder fruit development and compromise the harvest.

Another common ailment of apple trees is European brown rot, where Monilinia fungus strands rot fruits while still on the branch. This fungus can cause extensive damage to the apple tree and it is preferable to prevent it altogether.

If you observe that leaves of your apple tree become sticky and roll themselves up, you are certainly faced with an onset of either aphids or scale insects.

Species and varieties of apples

The best varieties of apples for harvesting from September to December

The best varieties of apples for harvesting from December to March 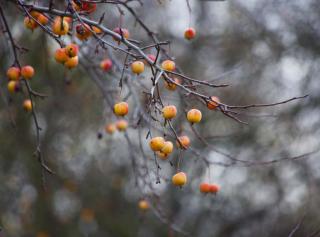 Apple trees are often cultivated for the quality of their fruits, but also simply for its very decorative value beginning of spring. Indeed, ornamental apple trees are very trendy in many urban landscapes.

Its beautiful blooms are magnificent, ranging in color from pure white to pink-shaded white.

Towards summer’s end, apples’ rich colors will also enchant your garden and fill your appetite!

In winter, tardy apple tree varieties will display their fruits for all to see.

Caring for them is easy and growing them is something every gardener can do well!

From the end of summer deep into fall, harvest your apples for a natural treat, eat them baked in pies or in applesauce. They’re delicious also prepared in jams.

In order to enhance apple trees’ yields, especially at the beginning, give it organic soil conditioner such as manure and seaweed in fall and in spring.

Preventive treatment against disease and parasites that attack apple trees

Meet the community
Need advice? Share your garden joys & woes!
Live from the forum
apples not appearing on my three trees

How to keep apples – from the harvest until many months later
One fruit has what it takes to keep for many a long month, just for us to savor it deep…
Clementine tree, growing this abundant fruit-bearing citrus
The clementine tree is an amazing citrus. Clementine orange tree facts Name – Citrus x clementina, Citrus clementina Common name…
Persimmon, the kaki tree
The persimmon tree is a unique tree that produces marvelous fruits in fall. Persimmon important facts Name – Diospyros kaki Family –…