Bordeaux mixture is an effective fungus treatment authorized for use in organic farming.

It is widely used in the garden to treat plants, vegetables and fruit trees.

Following recommended doses and uses for this product is nonetheless necessary to avoid contaminating nature.

What is Bordeaux mixture? 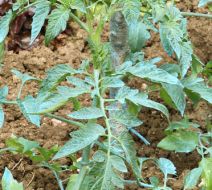 It is a blue-colored fungicide prepared from copper and lime.

It is usually used sprayed, and helps fight most types of fungal diseases. Fungal diseases are due to mushrooms and fungus. Bordeaux mixture is often used against downy mildew, scab, fruit leaf curl, canker or European brown rot.

When to use Bordeaux mixture

The first Bordeaux mixture treatment should be applied at the end of winter. Doing this during the winter deep cleaning is a good time to eliminate mushrooms that may have overwintered among plants.

It is often used in spring when diseases develop.

Bordeaux mixture is also used in fall after leaves have fallen off trees.

Preventive use is effective to defend against fungal diseases (mushrooms).
Most diseases targeted are:

It is almost useless to spray Bordeaux mix when the fungus has already appeared, because its main purpose is preventive.

But it can be argued that spraying when the disease has appeared can nonetheless contain its spread.


Fruit trees are treated preventively in fall when the leaves fall.

The treatment is repeated at the end of winter after pruning to protect the fresh wounds from contamination by fungus.


Starting in May, spray once every two weeks.

This treatment is a necessity because these vegetables are the most vulnerable to downy mildew, and contamination would compromise the harvest.

Read also on diseases and parasites

Even though using Bordeaux mix is authorized in organic farming, it is strongly recommended to not increase prescribed doses.

Also avoid using Bordeaux mixture too often, or in itself it will lead to contamination.

Oak processionary, treatment for this caterpillar

This well-known oak tree parasite is a caterpillar that devours the leaves, until it gathers to form a nest that…

This little larvae, a kind of white worm, is also called "weevil". It sets up its nest in root crowns…

Aphids, how to get rid of them?

Aphids are fearsome insects that attack leaves and feed on plant sap. Leaves curl up and become sticky. Key facts…