Home » Gardening » Treating diseases and pests » Peach leaf curl, how to treat it?

Preventive care is required to avoid it.

This fungus (Taphrina deformans) is certainly the most fearful attack that peach trees or apricot trees can face, and will often hinder the tree as it tries to produce a normal peach harvest.

Although it is sometimes possible to control damage thanks to an adequate treatment applied at the right moment, peach leaf curl can nonetheless entirely destroy a harvest.

Here are our treatment guidelines against peach leaf curl:

How to recognize peach leaf curl

This disease mainly infects the different peach varieties, but can also appear on apricot trees and almond trees.

When to treat against peach leaf curl

The fungus responsible for peach leaf curl spends the winter in the form of spores lying on the buds and in hollows formed by the sprigs.

That’s why treatment must be applied before this period, at the end of winter and at the beginning of spring, and best of all in fall, when leaves have fallen off.

Remember that for peach leaf curl, nothing is better than preventive treatment, it is the only effective way to treat against this fungus.

How to treat peach leaf curl

When leaves have fallen: pick leaves up and burn them to avoid having the disease overwinter in your garden.

Spray once more with Bordeaux mixture.

What can be done if leaf curl has already appeared?

At most, propagation of the peach leaf curl can be slowed.

Regular maintenance of the peach tree is necessary

Provide organic fertilizer in spring and mulch the base of the tree to protect roots from frost spells winter and from heat in summer.

Read on about peach trees 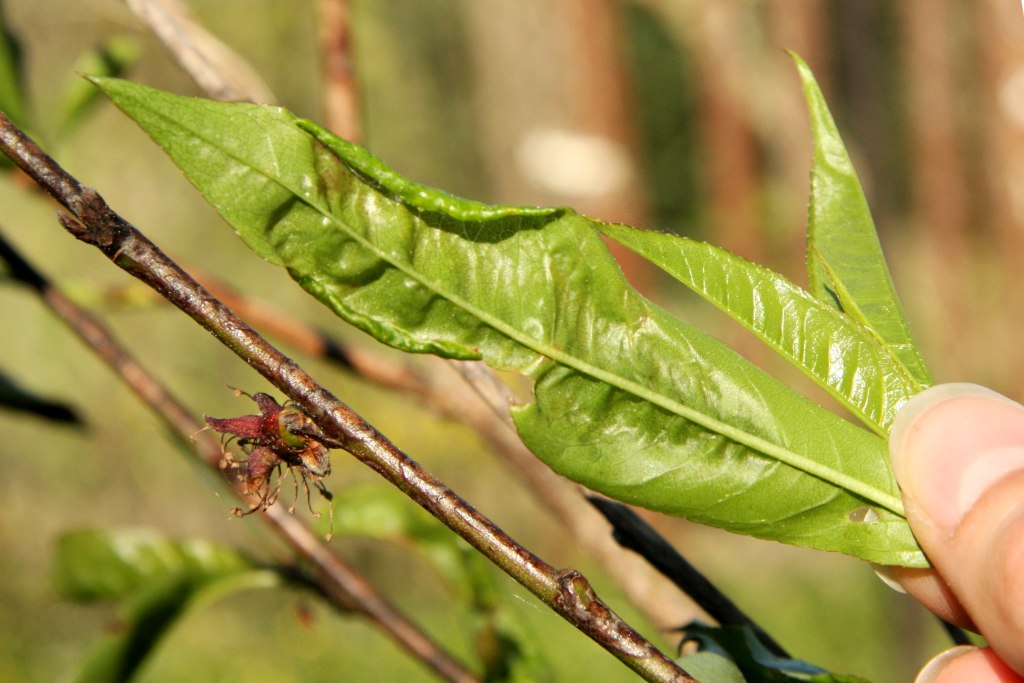 Kill off diseases on fruit trees over winter with these treatments
Fall and Winter are the time to apply various treatments that will help eliminate parasites and fungus from fruit trees.…
Tomatoes without diseases
Tomatoes are often infected with fungal diseases (related to mushrooms). A typical gardener's first reaction is to blast the whole…
Septoria, a leaf spot fungus destroying harvests – learn to destroy it instead!
Septoria is a species of fungus that infects vegetables, trees and ornamental plants. In some cases damage is insignificant, in…