Scale insects like mealybugs are among the most common parasites on indoor plants.

They can also be found in the garden at the end of spring, during summer, and in the fall.

The damage they inflict is variable, as are also the shapes they can take to hide.

They usually have an oval shape, and a hard or soft shell made from special wax. The smallest are 1/16th of an inch (1mm) but some grow as large as 1/4th inch (5mm).

There are thousands of species. Each looks slightly different. Some only attack a single plant species while others feed on many different plants.

Here is a list of basic symptoms you’ll notice when scale starts spreading on your plants:

Since treatments are very similar, usually you’ll only hear people talk about the general term “scale”. But there are actually three major families of scale insects.

How to fight scale insects?

The best recipe is to mix following ingredients: 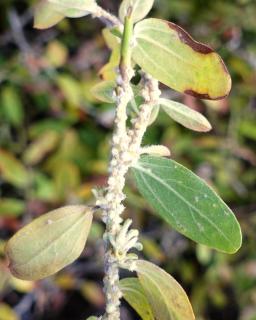 Spray this solution once a day for 3 to 4 days.

Take note: it is important to treat quickly, otherwise the pests will completely overrun the plant and it will die.
When do scale insects usually appear?

Scale insects and mealybugs don’t necessarily appear in any given season, but rather emerge when a set of conditions is met. Scale insects like heat and high humidity.

What conditions help them to reproduce?

Having scale insects on a plant will often lead to other plants being contaminated as well.

What are the risks for the plant?

Scale insects and mealybugs must be dealt with immediately because an onslaught can very well kill your plant.

Often, scale insects also carry diseases from one plant to another.

Since some scale insects are specific to a single plant or plant family, they actually have value as a form of biological control.

Most indoor plants such as ficus tree or hibiscus, orchid, rose, and even succulent-like plants such as Zamioculcas and Aloe vera can contract this pest.

An efficient and timely treatment against scale insects and mealybugs will help contain spreading to other plants in your house or garden.

A regular inspection of your houseplants and garden will help you catch infestations at the start. It’s very easy to contain them early on.