Home » Gardening » Trees and shrubs » Mulberry tree, a great tree for shade in the summer

The mulberry tree is a beautiful tree, both for the leaves themselves and for the cool shade they dispense in summer.

A very easy tree to grow, it will in time become one of the most beautiful trees of your garden.

Mulberry must be planted in a mix of soil mix and garden soil in a sun-covered spot of the garden. Ideally, this spot is also well sheltered against strong winds.

Pruning isn’t necessary at all, all the more that its growth is quite slow…

Your mulberry tree will be most beautiful if you let it grow naturally. The shape it takes on if left unattended is often the shape that suits it best, it will be beautiful!

There are three main types of mulberry, and each branches out into dozens of sub-varieties and hybrid cultivars.

The most famed species are the following: 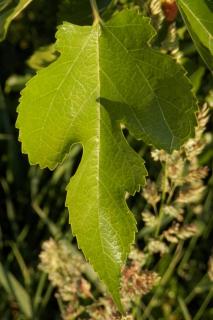 These are other cultivars (clones) of species that also belong to the Morus family.

Each mulberry tree can be either male or female. Male mulberry trees don’t produce any fruits whereas female trees bear fruits. There are also sterile cultivars that, of course, also don’t bear any fruit.

However, some mulberry species require cross-pollination to bear fruit. Check with your local garden store if purchasing a given variety.

Lastly, some species and varieties change gender in the course of their life. In addition, it may happen that a single tree will carry both male and female branches! Although it sounds odd, it also happens with other common shrubs and plants such as yew. 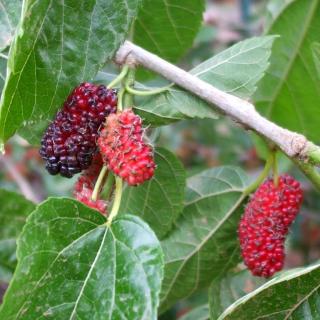 Mulberry fruits look similar to those of blackberry bush that often grow in our hinterland, and for sure they stain clothes just as much!

Be careful! If you’ve purchased a female mulberry tree, avoid planting it near your terrace or deck. With all the falling fruit, you won’t be able to rest under the shade without staining your garden quilt! Better not try dressing a picnic table with your favorite nice tablecloth…

If you select a male mulberry specimen, you’ll be able to relax without any afterthought in under its deep green foliage, and the shade it will offer on hot summer days will feel more than welcome.

Smart tip about the mulberry tree

Although it usually grows inland in warmer climates, a mulberry tree can also grow quite well in coastal areas as long as it is protected from strong winds.

Strawberry tree, a surprising fruit
The strawberry tree is a remarkable shrub thanks to its fruits and cute berries that are shaped like strawberries. Strawberry…
Eye-catching amaryllis – planting specifications
Native to Central and South America, amaryllis counts over 80 hybrid  species with flowers simple or double, large or average-sized, with…
Carrot, from seed to harvest
Carrot is undoubtedly one of the most commonly grown vegetables, and one of the tastiest, too. Compendium of carrot facts…