Home » Gardening » Trees and shrubs » Holly, holler if it pricks you!

Holly is a shrub that grows in the wild in most areas of the world. It is famous across the globe for its pointed prickly leaves.

If holly is found across the planet, it means that it can adapt to all climate types. It can tolerate any type of soil and can survive most natural disasters.

It is preferable to plant it in fall in order to support root development, but you can plant it until spring, checking that upcoming days are non-freezing days.

If you are planting in spring, plan for regular watering over the 1st year after planting.

If you’ve only got full sun to plant your holly in, pick cultivars with mottled leaves.

For holly, no pruning is needed, particularly so because holly growth is rather slow.

Nonetheless, you can shape it to your heart’s desire without any problem.

Very famous for its pointed leaves, holly is ornamental and a beautiful decoration.

The berries it produces have different colors depending on the variety, they appear in fall and stay on the tree all winter long. Birds and magpies will enjoy them a lot.

These special berries are what make holly a very ornamental shrub during winter.

The red berries are born by female specimens, and they need to have a male specimen nearby for pollination.

Note that holly berries are poisonous for man.

Holly is a shrub, and can even be considered a tree, but its growth is rather slow.

Ilex aquifolium – This is common holly, found most everywhere. There are various sub-varieties with different leaf and berry colors, from yellow to red and orange.

Ilex altaclerensis – This is a very hardy holly variety, without many thorns. It grows quickly. Its leaves are rimmed with yellow.

Ilex crenata – This holly has no thorns. It produces black berries and is perfect to set up an evergreen hedge.

Ilex latifolia – The berries from this variety are a deep red and its leaves stand out thanks to their great size and shine. 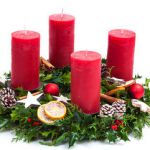 Deck the halls with balls of holly! Its evergreen leaves make it an excellent addition to Christmas ornaments!

The leathery, shiny leaves are beautiful, and don’t break when twisted and handled to prepare decorative ornaments.

Holly is also a sign of good luck when it is hung to the door to form a wreath during the end-of-year rejoicing.

That is why holly slowly became an international Christmas ornament.

To have fruits, you’ll need to plant 2 specimens, one male one and one female one.

Yaupon holly, bring the grand old South to your garden
Yaupon holly, also simply called "yaupon", is a shrub that has been planted in homes along the Gulf of Mexico…
Black goji berry, a power-packed goji berry species
Black goji is a a different species than the more famous red goji berry, but it shares similar growing habits…
Magical holly!
Not only do elves and fairies hide in its branches. Birds do, too! They build their nest in it to…