Raspberry is easy to grow and the harvest is abundant.

Planting, training, pruning them and caring for them will let you grow absolutely magnificent raspberries.

How to plant raspberry plants

Raspberry plants can be purchased both in pots or bare-roots, and in either case, fall is best for planting since it favors root development, settling in, and hence the following year’s harvest.

But it still is possible to plant your raspberry plant until spring, while at least avoiding frost and freezing.

Growing raspberry plant is a challenge, if you let them grow without restraining them.

This is where training is involved, since it helps control growth, pruning, and increases harvests.

Training a raspberry bush along a row

Here is a great way to enhance raspberry plant growth and ensure production of beautiful raspberries.

The gist of the method is to drive stakes into the ground encasing a row and plant your raspberries along this row. Wire runs from stake to stake at a height of 16 and 32 inches (40ـand 80 cm).

This pair of wires is prepared twice, once on either side of the planted row, with about a 12 inch offset from the center, or 24 inches (60 cm) apart with the row in the center line.

The raspberry bushes will then grow between these two pairs of wires.

That makes 4 wires to a row, if both heights are considered.

This method is the best to provide for fruit-bearing, production and harvest.

Pruning and caring for a raspberry plant 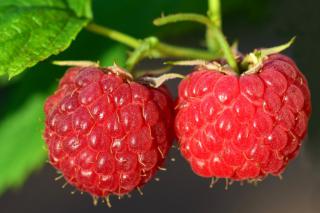 Easy to care for and grow, raspberry plant nonetheless require special care to produce many fruits.

All year round, you must remove extra suckers.

There are two types of raspberry plants:

These produce fruit only once a year, generally at the beginning of summer, on stems grown during the previous year.

These are raspberry bushes that produce over an extended period of time, usually in spring and summer.

It is normal if your raspberry bushes have diminishing productivity over the years, and there is a solution to fight this.

Video advice on how to prune raspberry plants

Raspberry bushes should be treated with fungicides such as Bordeaux mixture to guard against gray mold (Botrytis) or against raspberry spur blight.

This treatment must be sprayed upon blooming, and once more two weeks later.

Species and varieties of raspberry plants

There are two types of raspberry plants: determinate and indeterminate.

These bear fruit from June to July on stems that are one year old:

These bear fruit from in July to September: 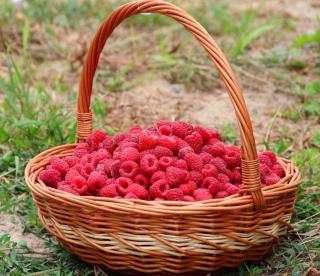 Raspberries are delicious fruits, and picking them in summer is a source of great joy.

The shrub that produces these fruits, raspberry plants, are easy to grow and only require little care.

Regular but limited watering in summer, and mulch in fall to protect roots from the cold are all they need.

Watch out for raspberry worms – treat in spring with organic insecticides.