Common yew is a famous and wonderful hedge conifer.

Yew facts for you

Its evergreen foliage is very appealing since it is very dense and sprigs are intricately shaped.

How to plant yew

Common yew is a conifer usually planted as part of a hedge, and is often set up at the beginning of fall, but it can also be planted until March or April as long as it doesn’t freeze.

As a standalone, this tree can grow quite large, so check upon planting that it has enough space to spread out.

After having planted your yew, watering is needed on a regular basis for 2 years to facilitate root development and settling in. 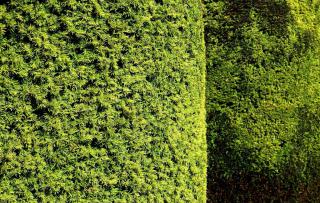 Yew is a tree that loves pruning and can even be shaped to whim as topiary.

If not pruned, your common yew can grow over 65 feet (20 meters) tall for the tallest species.

For yew hedges, select the pruning height you are comfortable with as well as the thickness.

Spring pruning is usually associated to rising sap and tends to accelerate the yew’s growth. Since yew is a rather slow-growing tree, this solution is often best when starting the hedge off.

Yew is one of the few trees that supports hat-racking. This practice is more harmful than proper regular pruning, but for some species it can help shrink a hedge that has grown too large.

Yew isn’t a very demanding tree in terms of watering, but does deserve some attention, especially at the beginning.

Yew is a tree that resists mots diseases and fungus quite well, and its lifespan can exceed several hundreds of years.

All there is to know about yew 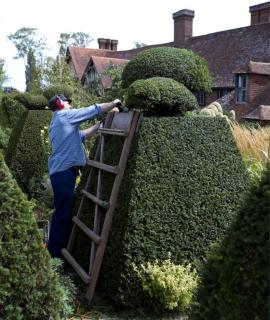 Native to Europe and North Africa, yew has been used for evergreen hedges for centuries, but it also is showcased as a standalone in the garden.

Ideal for persons who are passionate about topiary, it lends itself wonderfully to shaping. It’s perfect for cloud pruning.

Both its longevity and hardiness make it an interesting alternative to boxwood which is more vulnerable to disease.

It’s also reputed to be an excellent wind-breaker ready to resist gales of any power – and block out inquisitive neighbors, too.

Take note, though, that yew is a poisonous plant: its berries are absolutely not edible and all parts of the tree are toxic to some degree. 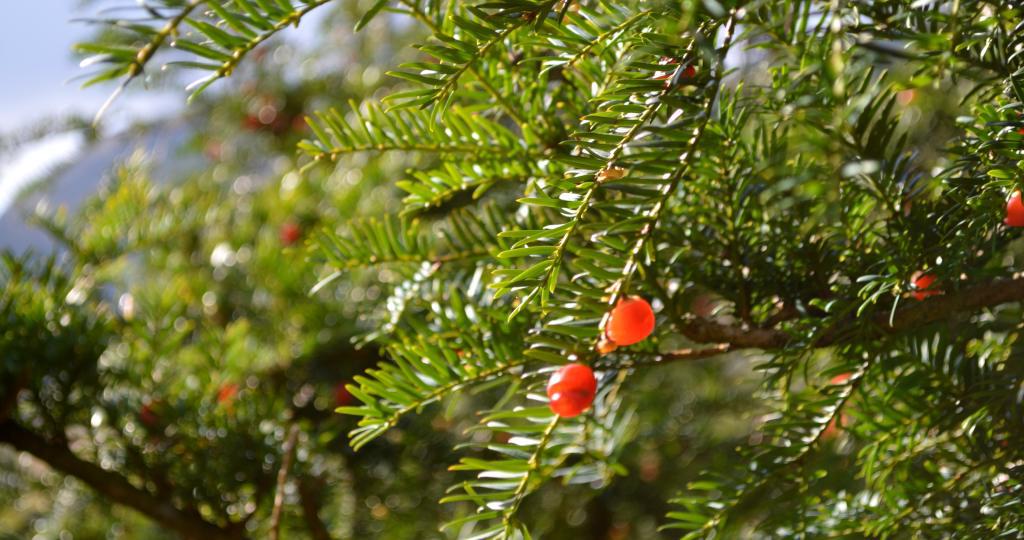 When part of a hedge, think well about how high you want it to grow so that you can determine the planting distance of your yew accordingly! Keep a spacing of about 32 inches (80 cm) to 3 feet (1 meter) for the usual 6-foot (1.80 m) hedge.