Home » Gardening » Treating diseases and pests » Transplant shock, what it is and key signs to look out for

Transplant shock is a combination of three causes. Upon moving a tree or plant, it undergoes:

Each of these factors may lead to transplant shock.

Let’s take a look at what transplant shock symptoms are. From there, we’ll assess the three challenges a moved plant faces: physical damage, downsizing, and new growing environment. 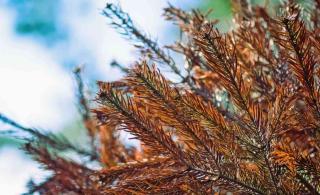 A plant that is newly dug up and moved from one place to the another may show signs of :

This is called transplant shock.

For plants and herbs purchased in pots such as lettuce, coriander and parsley, transplant shock can also trigger bolting and going to seed.

When does transplant shock occur?

Transplant shock may occur when:

It also applies to newly purchased houseplants. These leave the optimized environment of a nursery for a completely different setting: your own house!

Can transplant shock occur without moving the plant?

Actually, even without moving the plant, very similar shock can occur if the surroundings change quickly.

New buildings or removal of nearby constructions

This can also happen if a lumberjack fells a large tree, opening a clearing up. In forestry, sunburn occurs frequently on trees that remain in full sun after clear-cuts .

You cannot move a plant without some degree of transplant damage. Roots, branches and leafage are all affected.

Roots suffer most, and wounds also hurt branches, too. This is typically due to cutting roots with the spade, pruning, breakage, parts of the plant dying off due to mishandling, transportation and such.

When roots are exposed to air, tiny invisible rootlets dry up and die off. Damage starts even within the first minute!

Focusing on speed is good, but being careful is good, too!

A plant pulled out from where it used to grow typically loses half or more of its root system and sap production system.

For a transplant to succeed, remove branches and leaves to compensate for loss of roots. 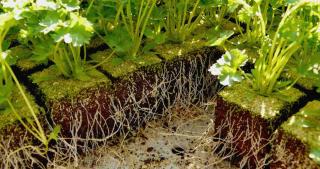 As it grows, a plant develops its root system to meet increased circulation of sap, water and nutrients. Upon losing roots, all of a sudden, internal plumbing vessels and tubes that carry all these fluids are oversized. Their shape and volume doesn’t match the plant’s needs  anymore. The plant wastes more efforts to shift nutrients around than it did before.

This explains why it’s important to balance out what is removed.

Also, remember that most “active” roots are around the circumference. Roots near the trunk are still good, but usually they’ve already depleted soil around them. When transplanting, they’ll have to get to work again, which takes a while!

In the long run, the most important factor is the change in growing environment. When moving a plant, 4 items usually change completely:

A plant, as it grows, responds intimately to its environment, to “bloom where it is planted“. The shock of change can often be overcome, but in some cases it proves too much to cope with, and the plant dies.

Meet the community
Need advice? Share your garden joys & woes!
Live from the forum
A lilac tree sapling, once transplanted, is ailing When can you transplant Brunera? Corn stalk leaves are yellow after transplant and lost a lot of roots

Drought resistant pot arrangements
Are you starting to feel that watering in summer is a chore? Wouldn't it be pleasing to have only plants…
Transferring a bonsai to a new pot
Your bonsai survives with a delicate balance of soil, air and water. Repotting it is a crucial step and is…
Repot your bonsai to give it love and attention
A bonsai needs repotting rather often, every 1 to 3 years, to ensure the tree gets the nutrients it needs…