Phytophthora is a word used to describe more than just a single disease. The term refers to many different plant pathologies which have more or less severe impacts (crown rot, mildew, ink disease, etc.) It’s more accurate to use the phrase “phytophthora diseases”.

Luckily for us gardeners, symptoms and ways to prevent and treat it are often identical from one disease to the next. Follow our lead to learn more about phytophthora diseases.

In short: Phytophthora causes root rot and, on seedlings, damping off

Phytophthora is a class of fungus that belongs to the Oomycete family. They’re among the parasites that trigger fungal diseases. The etymology of the word itself comes from Greek ” phyto ” which means ” plant ” and ” phtora ” which is best translated by ” destroying “. 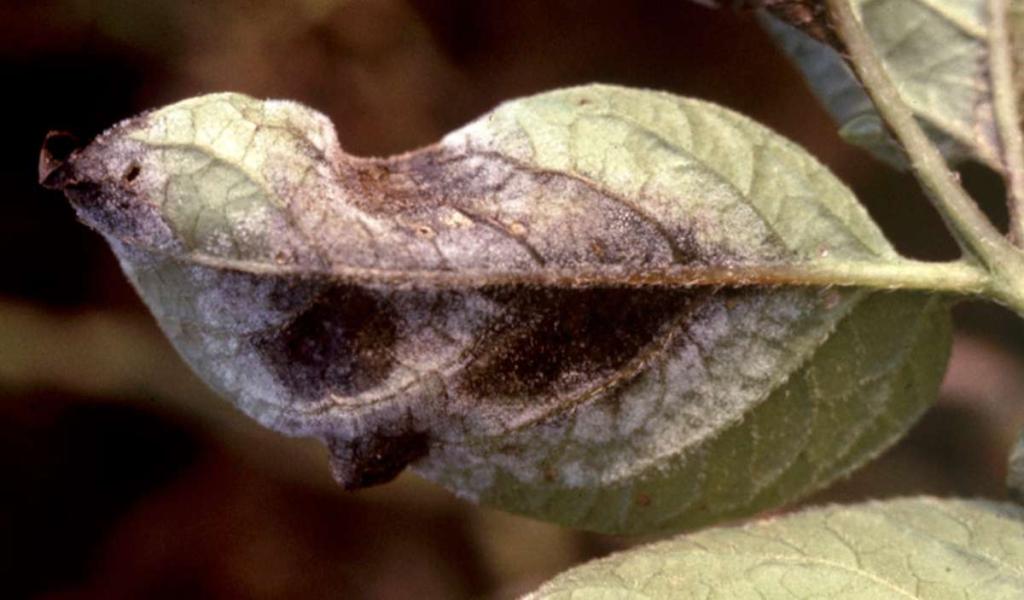 Contamination and spread of this disease occurs through the “seeds” that this fungus spreads. Such seeds are called spores, and, when they’re mobile, they’re called zoospores. After they reach the ground, they can lay dormant for many years while waiting for a host to appear. Some species such as P. citricola mostly attack the root system. Nonetheless, they will still infect leaves if ever spores or contaminated dirt lands on them.

Which plants get sick?

There are over a hundred species of phytophthora. Some of them are only able to infect a single specific host: 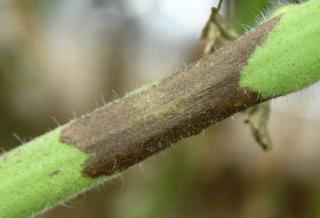 However, other species have a much wider range of host plants. This is called polyphagy. Examples that often infect ornamental plants include:

Important note: Phytophthora ramorum is a particularly virulent species. For a long time, it remained in its native habitats in the United States and in the United Kingdom. Sadly, it has now appeared in mainland Europe where it keeps spreading since its discovery in the year 2000. The first identified victims were Viburnum and Rhododendron. However, it is now also contaminating larch plantations, to the point that authorities discourage planting Japanese larch.

There are many different factors that trigger appearance of plant disease in general and of phytophthora in particular: 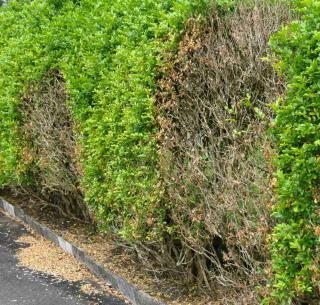 Phytophthora diseases may attack all parts of the plant, from root to leaf, of course including stems.

Generally, roots and the root crown (where the stem meets the ground) are the parts that are most often infected by phytophthora. This results in rot spreading through the root system: roots lose their natural coloration and there are no more tiny rootlets (the small roots that do all the feeding). When the root crown is infected and the plant is already dying, you can even notice the area where the battle is taking place, just at ground level. It’s easy to identify because plant tissues look very healthy on the top part, but the infected bottom part looks brown or brownish red.

When symptoms appear on leaves (wilting, drooping), it means the root system is already very infected and that then entire base of the plant is sick. The plant can’t even photosynthesize anymore because leaves lack water and nutrients. Some phytophthora species can infect leaves directly without going through the roots first. The main symptom in this case is appearance of dark brown or black leaf spots that feel moist or wet. The disease spreads across the surface of the leaf, reaches the petiole, and then infects the stem.

As is the case for leaves, there are a few phytophthora species that infect stems directly. There, they create brown or black lesions. A direct result of this is that any leaves higher up along the branch start wilting away and dying off. However, portions that are beneath the infected wound stay healthy, including roots and the root crown.

Prevent phytophthora from appearing in the first place

To limit risks of a phytophthora disease infecting your plants, just follow these few guidelines:

Treatments and treating the disease 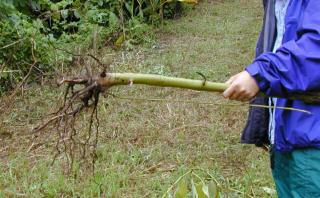 Even if you follow the rules above to the letter, you still might be confronted with a phytophthora infection. If that happens, you must cleanse the infected area, recovering all the infect plant parts (leaves, stems, roots). Burn them. The last step regards treating contaminated plants. For that, several options are available. Which to use depends on what part of the plant is infected.

This is the easiest case. Indeed, phytophthora species that attack leaves are typically those responsible for mildew. To treat against them, try to find bordeaux mixture and spray the plants as recommended on the manufacturer’s label.

Soil-borne phytophthora, those that travel and live underground, are difficult to treat. Best is to prevent their appearance in the first place, and to rotate your crops. Choose species that resist or aren’t too vulnerable to this fungus in the first place.

There are fungicides that work against the disease, garden stores will help you choose the best ones. Some of the best are based on aluminum compounds. Such treatments are both preventive and curative, and they can normally be used on many crops and fruits (vegetables and fruits). They usually belong to the “systemic treatment” category, meaning the compounds enter into the plant to fight the disease off from the inside. They work both upwards (spreading to the leaves) and downwards (towards the roots). Other products with compounds such as mancozeb and dimethomorph are also available.

Sadly, as of today, there are no natural treatments against phytophthora that have yet been discovered. It’s difficult to pursue organic gardening when the disease has set foot in your plot. On the upside, there is ongoing research that seems to hint at the possibility of using biological control agents (BCA) to fight off Oomycetes such as phytophthora.

When you use chemical products to treat a phytophthora attack, it is critical to protect yourself and to follow all the instructions on the manufacturer’s label. If need be, check on the Risk Assessment Sheets that manufacturers must provide free of charge on their websites.

Credits for images shared to Nature & Garden (all edits by Gaspard Lorthiois):
Tomato infected by mac231 under Pixabay license
Leaf with spores, Dr. William Earl Fry, Cornell University by Katz Lab under © CC BY-NC-SA 2.0
Disease on stem by Scot Nelson under Public Domain
Fallen and rotting by Manfred Antranias Zimmer under Pixabay license
Dying off in reams by Scot Nelson under Public Domain
Pulling out the roots by Kim & Forest Starr under © CC BY 4.0
Meet the community
Need advice? Share your garden joys & woes!

Strawberry tree leaf spot
Also known simply as spot anthracnose, this disease infects strawberry trees. Symptoms are the presence of brown spots with a…
Hydrogel water crystals to beat drought
This is a product that goes by many different names: Polyter, Water Crystals, Orbeez, Watergel, Hydrogel, Hydrosource, Water drops, root…
Bordeaux mixture, an effective treatment
Bordeaux mixture is an effective fungus treatment authorized for use in organic farming. It is widely used in the garden…