There is, as of now, no perfect solution for biological control Russian olive through predators or parasites.

When a particular area has been cleared, it’s important to plant native plants in place of the invasive shrub: native plant competition will slow regrowth. 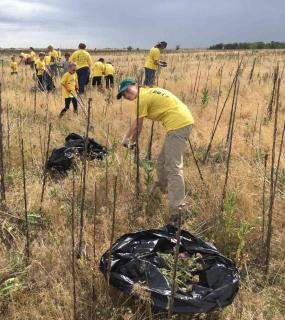 The most effective way to fend off russian olive is to promote growth of native plants. Indeed, it’s harder for Elaeagnus angustifolia to take hold in places where native plants are thriving, than it is to colonize an empty space.

All control efforts against Russian olive should be immediately followed-up with a native vegetation project. This is called “weed mitigation“. This sometimes means re-establishing natural cycles that favor local plants.

This example is extreme and hard to implement, but much easier options are simply to spread native seeds and plant saplings.

Now that you’ve understood that supporting native growth is crucial, let’s examine biological options to use against russian olive.

Recently, certain insects and mites are under investigation to understand whether it’s a good idea to import them into russian olive-infested areas or not.

Bringing in a natural predator without investing its impact first might backfire: it might attack local plants instead!

A promising candidate is a type of gall-forming mite called Aceria angustifoliae. The name of this mite shows one of its advantages: it seems to only infect Russian olive!

Currently, this species is absent from North America (it’s native to Southern Russia, like its host). Following studies and assessments, it has been granted approval for trials in Canada. A campaign should be undertaken in 2023 to conduct the first field tests. The goal is to study interactions between this new mite and its environment. Hopefully it can help lower Russian olive pressure on other native plants!

Larger animals such as deer occasionally nibble on the plant. However, the shrub’s thorns quickly sends them off to browse on other plants.

Grasshoppers (see picture) also attack Russian olive and eat off new growth. On the picture below, they’ve eaten up all growth on the Russian olive hedge at left.

Sadly, though, they often eat all other local plants, too. 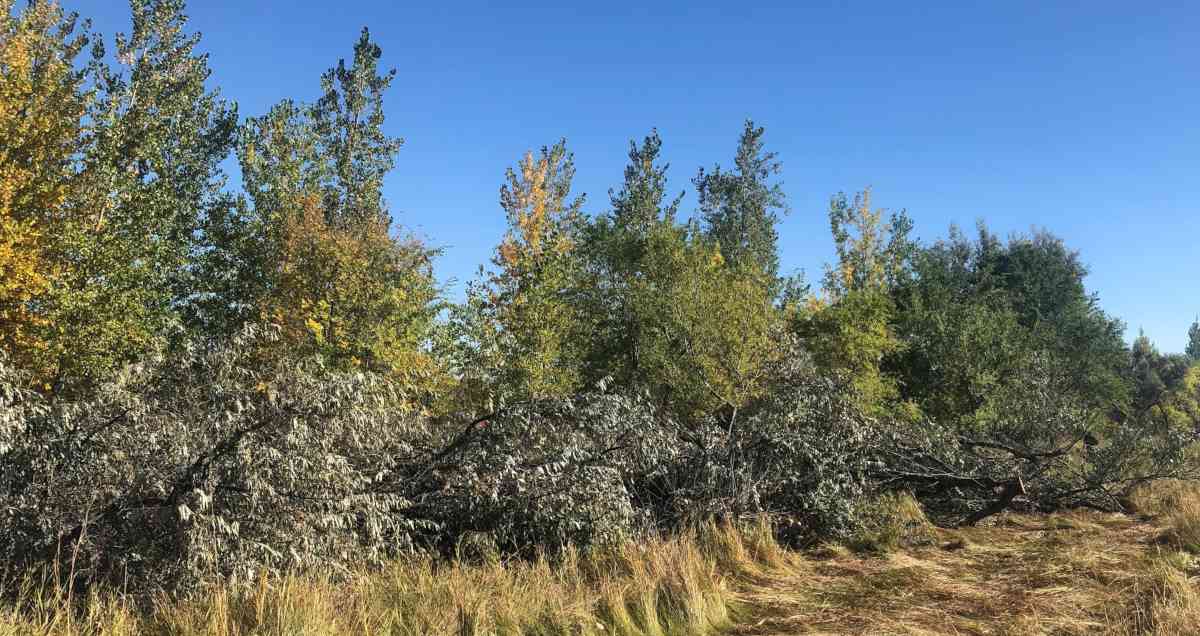 How to control Russian olive tree, an invasive species in America
The Russian Olive tree, as opposed to native American silverberry, is a highly invasive species in some parts of the…
Staghorn tree – amazing in spring, fall and winter
Staghorn sumac, also called vinegar sumac, is a short tree that grows in a roundish shape. List of key staghorn…
Tamarisk native and invasive ranges
Tamarisk can be classified into three species: Tamarix aphylla, T. parviflora, and T. ramosissima. On some continents, it is reported…