Home » Gardening » Trees and shrubs » Bradford pear, from beloved to banished – keep a lookout for it!

Bradford pear, or Pyrus calleryana, used to be all the hype in ornamental gardens throughout the United States and Europe. Today, common sense labels it for what it is: an invasive tree that’s dangerous for the native environment!

Where is Callery pear native from?

Bradford pear, a particular cultivar of Pyrus calleryana, comes from seeds bought in Nánjīng (China). Most other cultivars come from seeds and specimens collected in other provinces in China and Korea. These were later cross-bred with other pear tree species and varieties.

When only the Bradford pear cultivar was planted, the tree couldn’t spread naturally. This is because it isn’t self-fertile. At the beginning, landscapers thought it was sterile. It sounded like the perfect ornamental pear!

When new cultivars appeared, however, the massive blooming led to abundant fruit-bearing thanks to cross-pollination. Birds then spread seed everywhere!

In the following map, the green portion shows where Callery pear is native to. There are now many cross-breeds, even with the common pear tree, so it’s sometimes hard to pinpoint the exact variety. 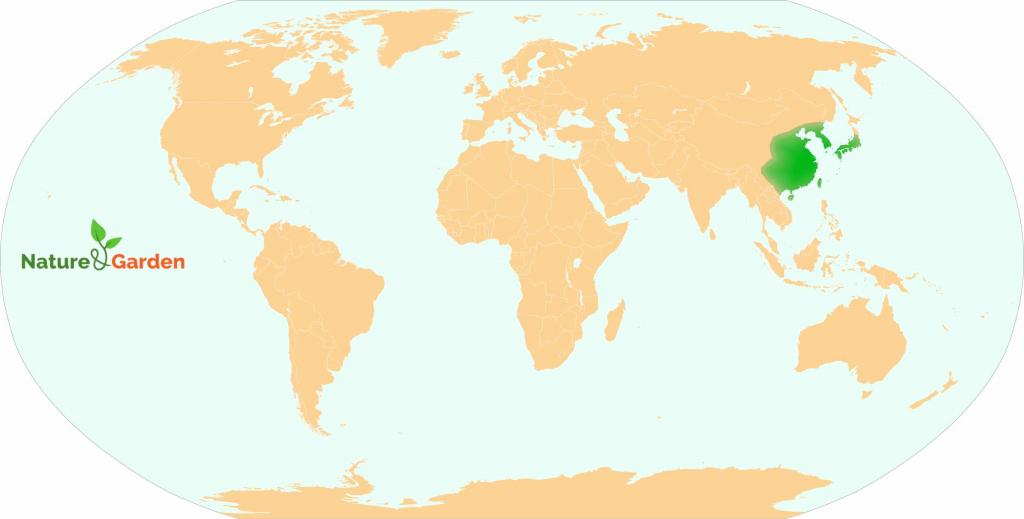 In Canada and Europe

Though planted occasionally in urban environments, this particular ornamental pear tree hasn’t yet reached a point where it has turned invasive.

Reports of Bradford pear and its sister-cultivars are gathered and collated by the University of Georgia EDDMapS project. Here they are, shown down to county level.

You can report these trees if you see them nearby just here.

For now, most reports signal presence of Callery pear in the SouthEast of the country, along the coast.

Laws and regulations about Bradford pear

In the United States, local Agriculture offices and government entities produce lists of weeds and noxious invasive species. On the following map, colored states have already written out such laws and regulations. They often involve banning on sale, planting, and reproducing of the tree.

In some cases, there are even incentives to help control spread. Check with local offices, they’re sure to be very happy to have help managing the invasion!

Horsetail, mesmerizing ornamental patterns
Field horsetail is a perennial that is replete with advantages, but it often turns invasive in gardens. The more seductive…
Staghorn tree – amazing in spring, fall and winter
Staghorn sumac, also called vinegar sumac, is a short tree that grows in a roundish shape. List of key staghorn…
Control invasive bamboo – options and solutions
Even though your bamboo has been properly settled in the garden for years already, you must stay alert. The need…