Until recent times, Xylella fastidiosa wasn’t mentioned very often, but nowadays it’s become a major topic on the field. Discover all you’ll need to know about this disease: where it comes from, how to prevent it, and knowing how to identify its symptoms.

What is Xylella fastidiosa ?

It is a bacteria native to North America. It has spread to Europa and has acclimatized around the Mediterranean. Initially, only a few outbreaks appeared in small areas, but Xylella fastidiosa has now reached epidemic proportions. It is decimating orchards in Corsica and Southern Italy, in the historical olive-growing region of Puglia.

This bacteria is extremely difficult to contain because it can live on over 600 different plant species crossing over 80 botanical plant families. Among these host plants, you’ll find:

How does an infection occur? 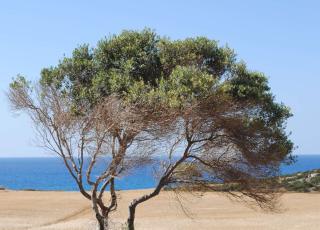 Xylella fastidiosa attacks the plant’s xylem. This layer in every stem, branch and trunk is in charge of ferrying raw sap up to the branches: water and minerals.

As it develops in this thin layer, the bacteria clogs the sap vessels up: nutrients can’t make it to the top of the plant. In short order, the plant starts wilting and eventually dies.

What makes Xylella fastidiosa particularly dangerous is that it is difficult to correctly identify the symptoms that are specific to this disease.

Indeed, the range of symptoms that this bacteria causes is very similar to symptoms of other diseases – even simply deficiencies in the soil. Additionally, some plants (other than olive) are asymptomatic, meaning they don’t display any sign of infection even as contamination is underway. And of course, whenever they suffer from lacking nutrients or other diseases, some plants might show symptoms of the Xylella bacteria, but they’re not infected at all.

In this situation, it’s difficult to write up a list of accurate Xylella fastidiosa symptoms. Nonetheless, depending on the plant, you can encounter:

How does this disease spread?

Based on current knowledge, three modes of spreading stand out:

In Europe, plant movement is restricted through a pan-European ordinance with reference 2020/1201. In the UK, this ordinance was transcribed into law on December 9th, 2020, stating it would remain valid after Brexit. It clarifies that importing olive trees (and many other hosts, like almond trees) must follow strict requirements. In France, a law dated from October 19th, 2020 transforms this ordinance into common law.

How to treat against Xylella fastidiosa ? 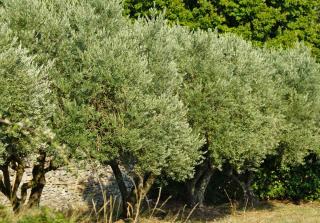 Sad to say – as of today, there is no way to treat this disease. The only thing you can do is try to prevent its spread. There are quite a few steps you can take to do this. Nonetheless, if ever you notice one or more infected plants, laws and regulations recommend pulling out and destroying the entire plant. Also, if this happens, you should start observing other olive trees and host plants to see if they might be infected as well, checking out for early symptoms.

Some orchards managed to protect their trees by wrapping them in tiny mesh nets. Mowing frequently underneath the trees also reduces insect populations.

Already, it has been noted that the ‘Leccino’ cultivar isn’t as vulnerable as other ones. It’s derived from the larger ‘Frantoio’ line. Another new resistant Italian variety code-named FS17, is now available under the name ‘Favolosa’.

Efforts are intense to discover more cultivars and varieties of olive trees that might resist Xylella.

As we’ve mentioned, although sap-sucking insects are prime factors in spreading Xylella fastidiosa, our own garden tools are just as guilty. That’s why it’s crucial to disinfect all your tools every time you use them – even just as you’re switching from one plant to the next, too! This is particularly true of cutting tools: secateurs, pruners, loppers, saws, chainsaws, tree saws…). Even more so if you live in a region where the bacteria has been located already.

Potted olive trees, ideal for terraces
Potted olive trees are a great idea to decorate a terrace or balcony. Potted olive tree key facts Name – Olea…
Winterizing your olive trees and protecting them from the cold
It might come as a surprise, but what is most fatal to olive trees in winter isn’t the cold –…
How olive trees react to cold and freezing weather
Oh, the joy of growing an olive tree! Even though olive is associated to warm Mediterranean weather, freezing cold also…