Horticulturists love its yellow blooming, but French broom (Genista monspessulana) is actually invasive in many countries. It’s a dangerous fire hazard, too! Here where this shrub is native to or invasive in, so you know whether to plant it or not.

Where does French broom come from?

Well, obviously France is one of the sources, but it isn’t the only one. Actually, much of Europe is what Genista monspessulana calls home. Here is a map showing, in green, the areas where French broom is native to. 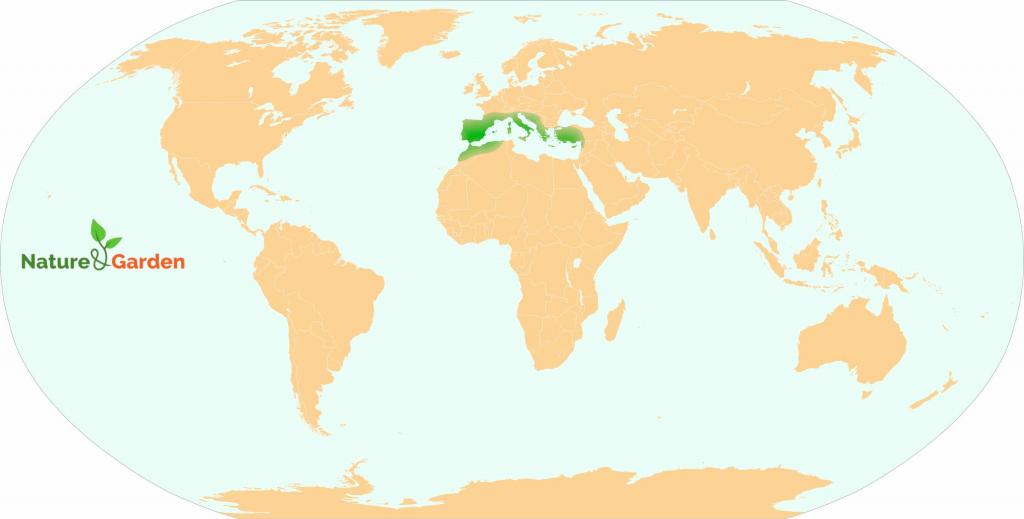 French broom is reported as an invasive plant in the British Isles and even in Portugal. This is because it’s competing with other native species of broom.

The University of Georgia specifically tracks sightings of French broom across the country. All reports are gathered and plotted in the map below. You can zoom in down to county level and see whether French broom appears in your area or not.

For now, it has only been reported along the West Coast.

Genista monspessulana has the common name “genêt à balais” in French. There are already reports of it throughout the southern-western portion of Canada.

While relations among French and Canadians best be well nurtured, against French broom there’s no need to show restraint!

States and counties maintain lists of weeds and noxious plants that stifle local plants out. French broom already appears on several of these. Here are US states that have French broom on their “watch list”.

If you notice neighbors or even garden stores offering French broom in your area, it’s a good idea to warn them (kindly!) of the risks related to the plant.

There are a few great shrubs you can plant that are equally beautiful and have the advantage of being native to the North American continent.

Aware of any local efforts to control French Broom? Do join it, they’re often fun. There are many passionate people to meet there, as well!

Spring blooming shrubs
Wonderful at the beginning of spring, these shrubs are among the first to celebrate spring in our gardens, balconies and…
Albizia native range – and places where it’s invasive now, too
Albizia, though a magnificent tree, can be a truly invasive weed in places where it isn't native. On continents other…
Morning glory, bindweed
Morning glory, or bindweed, is considered a very invasive plant for some species. Nonetheless, it bears very beautiful flowers! Bindweed,…