French broom is a fantastic shrub with yellow flowers that blooms in spring.

Easy to care for, the planting and pruning contribute towards increasing growth and blooming of French broom. Note that in North America, French broom is regulated as an invasive weed, so consider these alternatives instead.

If purchased in a container, French broom can equally be planted in fall or spring, as long as it doesn’t freeze.

But as is the case for most shrubs, planting it during the month of November is when you’ll best ensure that it settles in perfectly.

If you must plant your French broom in spring, provide for regular watering over the first summer. 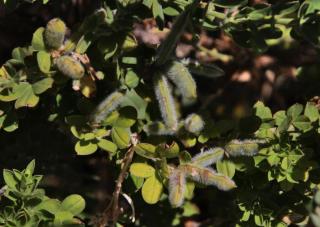 Making cuttings is the easiest and fastest method to propagate French broom.

However, each shrub produces thousands of seeds every year. These germinate easily when they’re given lots of light. It’s actually what makes this shrub so invasive.

Pruning and caring for French broom

French broom is a shrub that is easy and only requires very little care, both for pruning and for watering.
It is preferable to not prune it too early after planting, so that it may quickly grow into its natural shape.

In the subsequent years, prune the sprigs of the year on the French broom after the blooming more or less by half.

You can also reshape your French broom to a nice shape just after the blooming.

As regards watering, the first year is the only year where regular watering is needed. 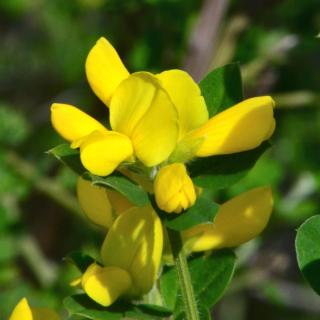 This shrub bears flowers abundantly and it is very colorful, a real ball of fiery gold for the most part of spring.

Its growth is relatively fast and it adapts well to most soil and climate types. French brooms only live for a few years, 5 at most, which means they must be replaced after this span of time.

You can also propagate it after 2-3 years by preparing cuttings, which is a great way to replace the mother plant regularly.

Very hardy to freezing and cold, rest assured that it won’t suffer in any way even when temperatures drop to 5°F (-15°C).

On top of being invasive, you should know that French broom actually fuels forest fires! Indeed, part of this plant’s strategy is to help fires wipe native plants out. The somewhat fire-resistant seeds can then sprout and conquer the land! Don’t plant this near your house if the area is prone to drought and fire hazards.

The most common broom shrub varieties are:

In order to protect roots from the cold in winter, go natural and mulch the foot of the tree with plant-based mulch.

The sprigs collected during the pruning are used to make brooms.

Soap bush, spectacular blue blooming
Soap bush, with scientific name Ceanothus, is one of the most amazing ornamental shrubs thanks to the unique blue color…
Honey locust, a sweet giant – with massive thorns!
If you've got a large garden, go ahead and plant a Gleditsia triacanthos, you'll savor its cool shade during summer.…
Lentil, from seed to harvest
Known and renowned for its nutritional properties, lentil is an annual plant that is a cinch to grow in the…