Soap bush, with scientific name Ceanothus, is one of the most amazing ornamental shrubs thanks to the unique blue color of its blooming.

A summary of Soap bush facts

Foliage – evergreen
Blooming – March to May (or summer), depending on the region or species

Planting, pruning and caring for it are steps that will help you produce magnificent flowers and a properly developing soap bush.

Try putting your soap bush into a hedge or as as a standalone and it will surprise you!

Soap bush is preferably planted in a sunny or partly shaded spot but not in full shade or it wouldn’t bloom well.

In fall or spring, take care to plant it in light soil, because excess moisture could alter the proper growth of your soap bush.

At all costs, avoid planting soap bush during a time of freezing, or conversely, strong heat.

Pruning and caring for soap bush 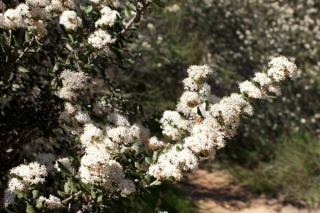 Eliminate wilted flowers and dried stems as you notice them, in order to spur the appearance of new flowers.

This step isn’t mandatory, but we highly recommend it, especially for smaller specimens.

If you wish to reduce the branches or reshape the shrub, take care not to prune at the end of winter but wait for the blooming to end.

For deciduous species, prune severely in spring those shoots grown in the previous year. 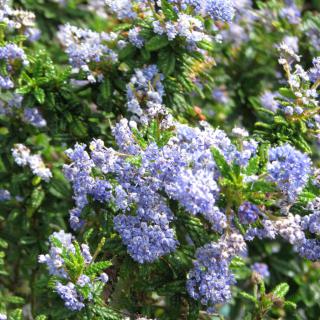 This shrub has an abundant blooming with blue as the major hue, which makes it unique among the shrubs that bloom in spring.

Pink soap bushes also exist, they are particularly densely-flowering and just as ornamental.

It is native to North America and adapts perfectly to any temperate climate, even though regular watering is a must during the first two years.

As regards creeping soap bush, it will suit rocky ground perfectly, or even serve as ground cover since it grows fast.

Finally, since it produces honey nectar, you’ll be enchanting the bees in your area that might be needing it and this raises the quality of your garden’s ecosystem.

Soap bush is hardy to the cold and must live outdoors, even in winter.

But its hardiness only goes down to 14°F (-10°C) and no further. It must thus be protected against the cold if it freezes hard in your area.

Why is Ceanothus called soap bush?

Actually, flowers and all other parts of the plant contain “saponin”. This is a molecule that is special and helps trap dirt and impurities:

Simply crush leaves, stems, or flowers together as you rub your hands underwater. Saponins will attach to dirt and wash out with water, leaving your hands spic & span clean!

In hedges or along a wall (that can be latticed eventually), soap bush is surprising and marvelous, thanks to its blooming which is a magnificent rare blue.

It likes being in the sun!

Spring blooming shrubs
Wonderful at the beginning of spring, these shrubs are among the first to celebrate spring in our gardens, balconies and…
Forsythia, gold in spring
Forsythia is truly marvelous in spring thanks to its magnificent golden flowers. Forsythia facts Name – Forsythia intermedia Family – Oleaceae Type –…
Hedges, protective barriers against diseases
Did you know that a hedge does much more than just protect us from neighbors, wind and noise? If you…