Plentiful across Europe, Scotch broom is a shrub that bears wonderful flushes of yellow blooms in Spring.

Definitely among the easiest plants to care for: hardy, rarely sick, it self-seeds to compensate its short lifespan.

Usually, you’ll purchase your scotch broom seedlings in a nursery pot. You can plant it either in Fall or in Spring. Just watch out for days of freezing.

As with most shrubs, November is best time for planting it. The young shrub can spread its roots out throughout the winter.

This shrub is excellent for growing a flowered hedge.

Like all plants of the Cytisus family, it’s easy to propagate this shrub through both cuttings and sowing.

As for sowing the seeds, simply lay them on potting soil and barely sprinkle a little soil over them to help retain moisture. Light is needed on the seed to trigger germination.

Pruning Scotch broom and caring for it 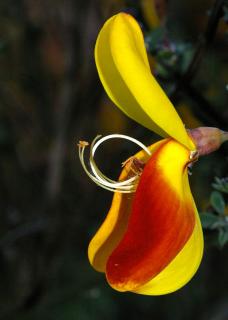 Scotch broom naturally spreads into wonderful wisps of leaves and flowers. There’s no need to prune it to make it take on that airy, wind-swept look!

Once it has reached the size you’d like it to keep, control the size in the following manner:

That way, over summer, new shoots will have time to form. These will bear flowers in the following spring.

You’ll never have to water your scotch broom at all, except if:

Scotch broom flowers appear before its leaves. This makes Spring a wonderful sight, since the entire bush is covered with yellow blooms! It lasts three or more weeks, too.

This shrub is definitely among the shortest-lived ones. Usually, Scotch broom will die out after 5 years. However, you might not even notice it because young seedlings quickly weave their way through their parent’s branches and take over.

Like gorse and French broom, this particular species is very resistant to seaside environments. Wispy branches help it cope with hurricane-force winds. It can take salty air in stride. As long as it rains occasionally to rinse excess salt out, it can even grow very near the seashore. It’s a hardy plant, down to 10 or 20 degrees below freezing.

What’s with the name?

Is it Scotch broom? Scot’s broom? Well, both actually! The more correct term is “Scot’s broom”, as in, broom of the Scottish people. Scotch is a contraction of “Scottish”, and is widely used to refer the fine alcoholic drink in the whisky family.

However, wisdom and knowledge sometimes don’t come out over the top in the battle for common sense… the name people use most is “Scotch broom”, by far!

Scotch broom comes from Europe, and in many other places it’s regarded as a noxious weed. Horticulturists loved the flowers, land developers loved that it held soil and runoff well, and both created a problem that today’s generations have to solve.

Do not plant it if you’re in one of the states that has declared it a weed! Actually, best consider alternatives to Scotch broom entirely if you’re not in Europe. This is also valid for the equally invasive French broom which are similar to Scotch broom in many respects.

Combine Scotch broom with other shrubs to form a flowered hedge that will be a true stunner in Spring! 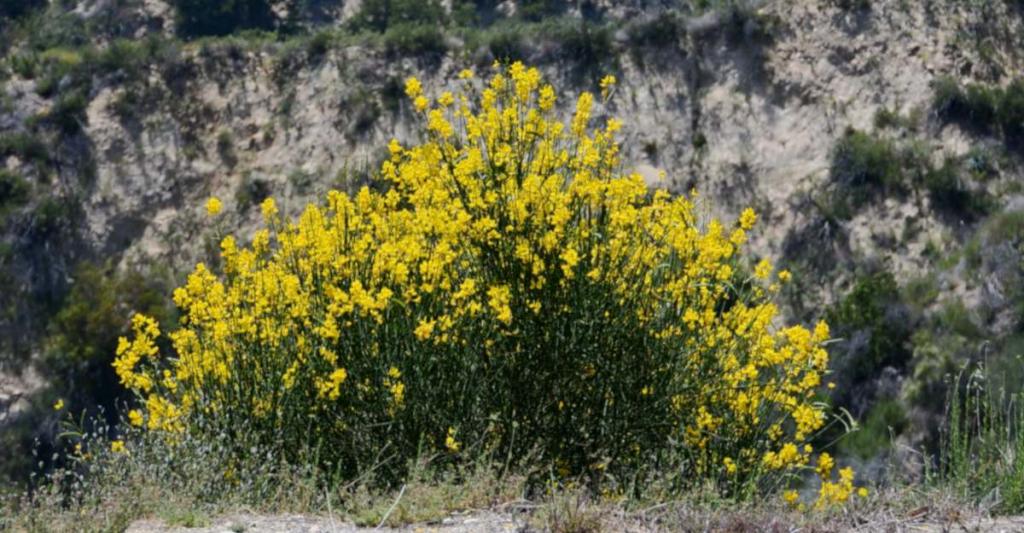 Credits for images shared to Nature & Garden (all edits by Gaspard Lorthiois):
Barn with scotch broom by Bonnie Moreland under Public Domain
Open up! by Alan Schmierer under Public Domain
Clump of broom by tdlucas5000 under © CC BY-SA 2.0
Meet the community
Need advice? Share your garden joys & woes!

Butcher’s broom, dots of red berries even in shade
With its cute, well-formed leaves and bright red berries, Butcher's broom (Ruscus aculeatus) excels at filling in small shrub beds…
Scotch broom, is it invasive or not? Depends where…
Scotch broom, although a delightful shrub, is not to be planted everywhere. This European native fought with other plants to…
French broom, a treacherous and invasive beauty
Horticulturists love its yellow blooming, but French broom (Genista monspessulana) is actually invasive in many countries. It's a dangerous fire…