Home » Gardening » Trees and shrubs » Scotch broom, is it invasive or not? Depends where…

Scotch broom, although a delightful shrub, is not to be planted everywhere. This European native fought with other plants to secure its own living space in its native habitat. This gave Cytisus scoparius strong resilience and adaptive power that makes it very invasive in many other places!

In many states in the USA, it’s declared an invasive weed. With the maps below, you can check for yourself whether or not to plant it. Sometimes local governments even have programs you can join in on to help eradicate the scourge!

Scotch broom was first admired by botanists for its bright yellow blooming and dense growth. Horticulturists happily offered the plant, and others of the Cytisus family, for purchase to their customers for landscaping purposes.

However, in the late 20th century, awareness rose about how invasive the plant could be. There wasn’t even any point in letting it grow, since the shrub doesn’t make for good fodder. Additionally, it is rated as an extreme fire hazard: a few licks of a candle and the entire shrub might ignite in dry weather.

Many state and national programs today try to eradicate this threat to local biodiversity. In California, a particularly fire-prone state, fire prevention plans even call for pulling the plant out wherever possible.

Map of where Scotch broom, Cytisus scoparius, comes from

In green, on the map below, you can see where the plant is native to. Even within these areas, however, it is sometimes listed as an invasive weed because it can take over land from less combative species. 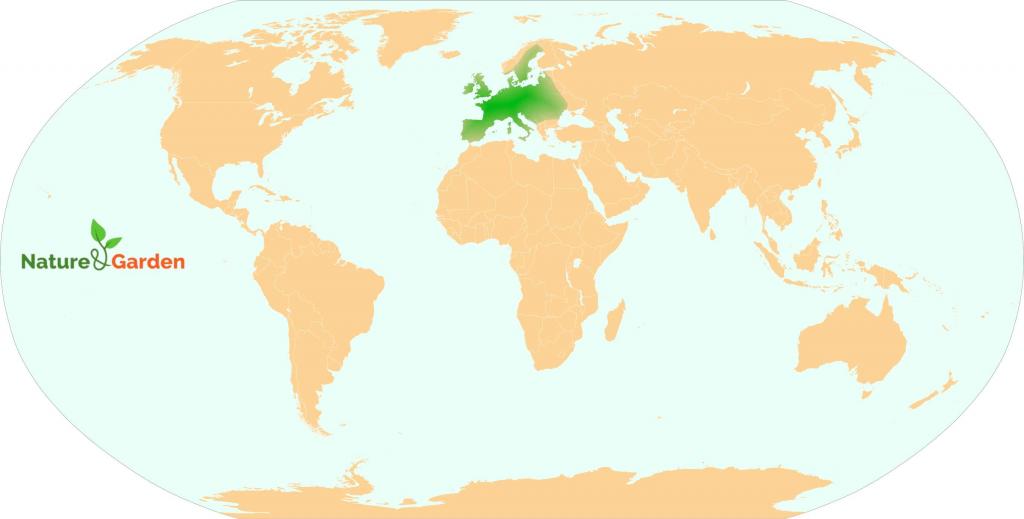 Sightings of Scotch broom in the USA

The University of Georgia manages a mapping system to report sightings of scotch broom across the United States. The Early Detection and Distribution Mapping System program makes it easy for volunteers to signal the presence of this plant with accurate localization.

Here is the most recent version of the map for Scotch or Scot’s broom:

In the United States, Scotch broom is especially problematic along the West Coast. Weather patterns there often lead to dry seasons and fires wipe native plants out. Then, on bare ground, Scotch broom sprouts and dominates all other native plants within a few years.

On the following map, you can check whether the plant botanists call Cytisus scoparius is officially registered as a weed in your state.

Don’t fall for the trap of burning off patches of Scotch broom. Seeds are fire-resistant, and it will sprout back much faster than other native plants! Better to pull them out or prune them to a stump once a month until the root system is drained and dies off.

French broom, a treacherous and invasive beauty
Horticulturists love its yellow blooming, but French broom (Genista monspessulana) is actually invasive in many countries. It's a dangerous fire…
Butcher’s broom, dots of red berries even in shade
With its cute, well-formed leaves and bright red berries, Butcher's broom (Ruscus aculeatus) excels at filling in small shrub beds…
Bradford pear, from beloved to banished – keep a lookout for it!
Bradford pear, or Pyrus calleryana, used to be all the hype in ornamental gardens throughout the United States and Europe.…