Albizia, though a magnificent tree, can be a truly invasive weed in places where it isn’t native. On continents other than Asia, there’s a risk of this tree spreading fast.

Native to – Central and Eastern Asia

Invasive in – United States of America

Although not as prolific a seeder as other trees such as invasive tamarisk, this particular species of mimosa tree has seeds that can stay dormant for a very long time. Like the non-native Russian olive tree, it also grows back vigorously when chopped down.

Thanks to its nice flowers that look like miniature fireworks, botanists started planting it all over the planet in gardens and parks. They thought it would make for a swell ornamental. In reality, whenever the climate is suitable, the tree spreads fast and displaces native trees.

Today, efforts are underway to limit and control it. Such regulations are only well-structured in a few states in the southeast of the United States. Elsewhere, as in Australia and Canada, the species is still under observation.

Map of where the Albizia mimosa tree comes from 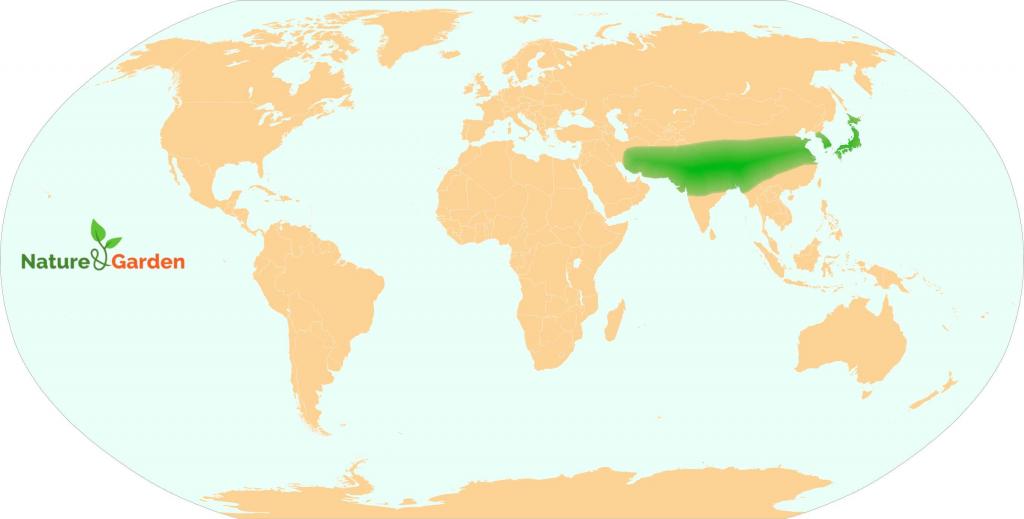 Official Albizia sightings in the USA

The Early Detection and Distribution Mapping System, managed by the University of Georgia (USA), tracks and maps out any sightings of Albizia julibrissin. You can help out and submit sightings in your area here.

Their map is accurate down to county level. Here is the up-to-date version:

Legal status of Albizia as an invasive plant (USA)

This problem tree has spread through the SouthEast of the country. Several states have outlawed propagation, planting and sale of the plant. In pink, red and black: states that have passed laws or regulations to control the spread of this non-native mimosa tree.

Smart tip to report presence of Albizia nearby

With smartphones, it becomes increasingly easy to report this invasive mimosa species when you see one. The EDDMapS app (for phones and tablets) gathers GPS location data and forwards it to the agency that can best help control the weed.

Credits for images shared to Nature & Garden (all edits by Gaspard Lorthiois):
Fireworks in pink by Alex under Pixabay license
World Map base by Smurfy under © CC BY-SA 3.0
Meet the community
Need advice? Share your garden joys & woes!

Propagating a mimosa tree from bark
This method of propagation works particularly well for the mimosa tree. It is especially useful if you wish to replace…
Albizia, a superb flower-bearing tree
The Albizia tree is famous for its fabulous summer blooming. A summary of Albizia facts Name – Albizia julibrissin Family –…
Mimosa tree, a superb flower tree!
Mimosa is one of the most beautiful winter-flowering shrubs, renowned for its exceptional bright gold yellow flowering. Key facts about…