September is a generous month, harvests are plentiful: apples, pears, walnuts, chestnuts… Sometimes, when we don’t know how to keep them, we don’t even try to harvest them and let them go to waste. These small tips and tricks are helpful during the harvest time to make sure your autumn fruits keep for a very long time! 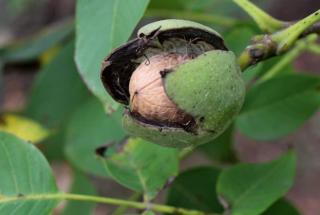 Walnut is actually just the kernel of a fleshy fruit called a “drupe” in botanical terms. This fleshy hull is often called the “husk” for the walnut tree.

The right time to harvest is when the husk is still green but has split open, revealing the walnut inside. Usually, this spreads over a period of one month, from end of September to end of October.

It’s possible to pick the nuts directly from the tree, or instead wait for them to drop to the ground. If you prefer to pick them from the ground, eat them quickly or they’ll be infected with worms. In both cases, it’s important to remove the husk (watch out for stains on your fingers!) and brush the hull to remove all remaining filaments.

How to keep walnuts? 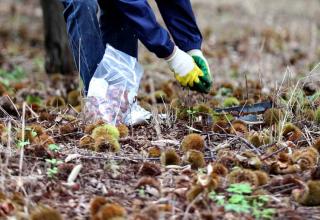 Chestnuts are dried fruits that don’t open up as they dry (the botanical term for this is indehiscent). They’re classified as “achene” fruits. Each chestnut is wrapped in a pod or burr surrounded with dense spikes, unlike the fruit of the horse chestnut tree which only have a few, softer spikes. The chestnut has a wispy tip (left over by the dried flower pistils), which help distinguish it from horse-chestnut which is poisonous!

Chestnuts should be harvested as they fall from the tree, from September to mid-November. Tread on them lightly with your foot to remove the prickly burr, and then toss them immediately in a pail of water to discard any that float: they’re hollow!

How to keep chestnut?

How to harvest apples and pears? 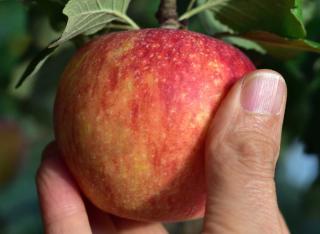 It’s extremely important to harvest before it freezes. In higher altitudes, if fruits don’t ripen because of constant cloud cover, pinch a few leaves off to expose the fruits.

For winter varieties of both apple and pear, the fruits finish ripening off the tree, in a special storage cellar. The harvest takes place around the second week of October, when the fruit comes off with a light twist. Fruits that are harvested too early tend to wrinkle during storage. Those that are harvested too late start rotting!

How to keep apples and pears?

Red hot poker, an aloe-like succulent with huge fiery poker flowers!
The red hot poker, known as kniphofia and previously tritoma, is a beautiful perennial native to South Africa. The poker…
Canker, techniques and organic treatments to avoid it
Infecting most ornamental plants such as cypress, willow or fruit trees such as the peach tree, apricot tree or cherry…
Spring blooming shrubs
Wonderful at the beginning of spring, these shrubs are among the first to celebrate spring in our gardens, balconies and…