Home » Gardening » Special reports » Breeders and growers, bringing nature to each of us

Every gardener, at some point, feels overwhelmed by the many plant varieties he or she has to choose from.

Where do they come from? Why are some protected by patents? Are they natural?

Let’s take a look at the diligent work of plant breeders and growers.

Breeders and growers, caretakers of nature

Plants naturally change and evolve. These professionals try to organize and seize opportunities as this happens.

To a point, experts try to channel or guide how natural evolution takes place.

Why try to change nature ?

Traits such as color, form and shape were primarily the target. Breeders were part botanist, part collector, and worked in the confines of their estates or of botanical gardens.

Famed names like David Austin gave rise to new roses, or the Meilland family with the Pierre de Ronsard rose.

The driving force was the quest for beauty and uniqueness. It highlighted nature’s versatility.

From Beauty to Bounty

However, as time passed, other considerations gathered attention.

This makes flowers available for sale earlier, at more affordable prices. In the past, gardening was a luxury; now, everyone can try it out!

The Sunpatiens family is an example of this: impatiens grows in the shade naturally, but Sunpatiens does great in full sun!

Today, many newer varieties are more of the “plant-and-forget” type. These developments are heavily influenced by costs and economic concerns.

Currently, developments aim to unite both purposes. Beauty and fragrance reappears as a major influence, whereas speed, resistance and ease-of-care become baseline factors.

Three ways are possible to give rise to a new variety, which usually is patented to ensure a return on invested time:

A seed results from cross-pollination between male “pollen” and a female “ovum”. A “mother plant” is easy to identify because it’s the plant where the fruit appears. The “father plant” isn’t as certain, since pollen travels easily through air and wind.

Hand pollination is one way of ensuring this. It’s used to try to grow massive pumpkins.

Other techniques try to exclude any undesirable pollen.

Seeds that appear are then necessarily either of three options only. 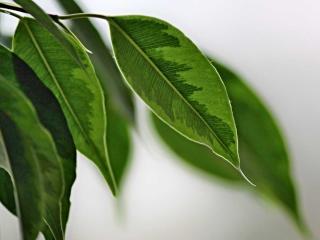 In nurseries where thousands of plants are grown, there’s bound to be a surprise now and then.

When a plant naturally takes on a special feature on one of its branches or stems, it’s called a sport.

Variegation is among the most common types of sports. In this case, leaves take on mottled spots with white or yellow replacing green in some places. 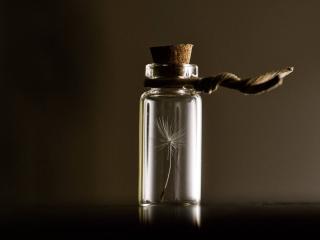 Inspired by the fact that viruses naturally share DNA from one plant to another, they try their hand at modifying the genome of single individual cells, and then culturing these into new plants.

For now, this is most often done with important, high-volume crops. Indeed, giving a crop the ability to resist disease or drought helps save millions across the globe.

To date, only few crops are genetically modified: a few apples, corn, and fodder for cattle (alfalfa and the like).

For instance, none of the most common tomato varieties are transgenic.

It’s the modern, “impatient” way of obtaining desired traits. Side effects are yet unknown, and the impact on the environment is impossible to determine truthfully.

Tree germander, or bush germander
Germander facts, a summary Name – Teucrium fruticans Family – Lamiaceae Type – shrub Height – 3 to 5 feet (1 to 1.5 m) Exposure – full…
Goji berry, a very interesting fruit tree
The goji berry shrub is trending ever since its health benefits and antioxidant properties have been acknowledged. Lycium is the…
White flower beds, which white flowers for a pearly-white garden
No need to worry about whether colors match and pair well. Perfect harmony is so hard to master! A clean,…