These days, the domesticated honeybee often makes the news for sad reasons: populations are dwindling and environmental consequences are dire. Indeed, an individual honeybee is able to pollinate over 700 flowers an hour. This extraordinary performance makes it a precious ally in the vegetable patch and orchard.

Learn all there is to know about the common honeybee and find out how to attract and protect it in your garden.

What there is to know about the domesticated honeybee

A flying insect belonging to the Hymenoptera order, the common honeybee is also known under many other names: European bee, honey fly, and also Apis mellifera in latin, which is its botanical name. All these names designate the same pollinating insect. 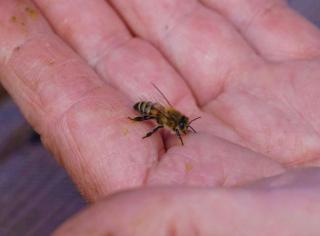 It’s easy to identify the honeybee:

The common honeybee’s size depends on the individual you’re looking at:

The honeybee is often mistaken for a wasp. To tell them apart, simply remember that wasps don’t have any fuzz on their body, and the silhouette is very distinct: the point where abdomen and thorax meet is very thin. This characteristic is what led to the expression “wasp waist”, in women’s fashion!

Even though the honeybee has a stinger, it will only sting you as a last recourse: stinging other animals will kill it, too. This is because once the stinger is lodged under the skin, it can’t be pulled out. As a consequence, when the bee flies off, the venom sac rips out of the insect’s abdomen, and within an hour the bee dies.

The common honeybee is a gregarious insect that lives in a community that houses three types of individuals:

Benefits of having bees in the garden and vegetable patch

We’re all familiar with the crucial task that the common bee carries out: pollination. A honeybee never stops hopping from one flower to the next, making the species an excellent pollinator that measurably increases productivity of all kinds of crops. That’s why it’s important to protect and care for this insect.

How to attract the honeybee to the garden and protect it? 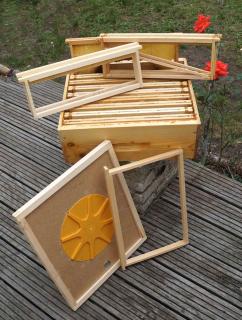 Harboring a hive of honeybees isn’t very easy in a small garden. However, if you’re lucky to have a wide space, it isn’t a problem at all to host one or more hives so that you might benefit from having this excellent beneficial animal nearby. Nonetheless, even tiny, narrow gardens can contribute to making honeybees feel welcome.

There are many other things you can try:

Smart tip about the common honeybee

If ever a runaway swarm appears in your garden, the best thing to do is to call a professional beekeeper. He or she will come collect the swarm and house it elsewhere.

Lavender, a welcoming summer flower
Easy to grow, lavender lets us savor the sun through its fragrance. Swaying at the tip of long scapes, its…
Beeblossom, long-lasting and abundant flowers
Beeblossom, or gaura, is a magnificent perennial plant that makes for easy growing and minimal care. It procures us beautiful…
Permaculture main principles and definition
Ready for your first steps in permaculture? Whether your garden be big or small, laid out already or still in…