Maritime pine bark is an excellent mulch, both useful and very elegant.

It comes from maritime pine trees, and in Europe most of the production comes from Southwest France.

It can be used in several different manners, and has multiple advantages over other mulches.

Use of pine bark for mulch has many advantages for plants and flower beds, especially for heath plants that thrive in acidic soil.

But pine bark also has other advantages as well, such as adding a very elegant touch of decoration to your garden, highlighting your flower beds.

Here is a list of all the advantages of maritime pine bark: 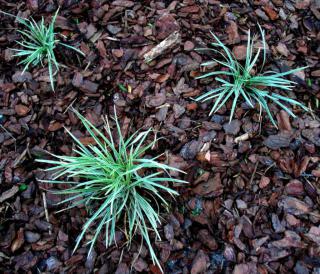 hanks to bark, plants are able to develop and grow in weed-free, light and broken up soil that retains good moisture levels.

The pH of pine bark mulch is around 4.5, which makes it a relatively acidic product.

Thanks to its mulching effect, bark keeps the soil from forming a watertight clotted surface, and lets your plants take full advantage of water and nutrients every time they are provided.

Cases where bark mulch is better

Cases where other plant mulches are better than bark

Using pine bark correctly will extend the time for which it can be used.

Betula jacquemontii, a fabulous white-bark birch
In the birch family, Betula utilis jacquemontii catches the eye thanks to its superb silver-white trunk. Betula utilis jacquemontii key…
Japanese inspiration for the garden
Tiny marvels of balance and elegance, Japanese gardens are a source of unlimited inspiration. You can select certain plants or…
Small conifers and dwarf conifers for pots, containers and small gardens
At the onslaught of Winter, the garden loses most of its structure and greenery. Small conifers are a great opportunity…