Home » Gardening » The Vegetable Patch » Spinach, all the tips on how to grow it

Spinach is a vegetable that is both easy to grow and has the advantage of being planted early in the season.

A summary of Spinach facts

Caring for it is easy and the harvest is often abundant if is cared for a little bit.

Ideal sowing dates for spinach are at the beginning of spring and at the end of summer.

Spinach abhors heat and would not cope well with summer heat.

Planting spinach in the open

Summer harvest: direct sowing of spinach from March to May.

Fall and winter harvest: Spinach is sown from August to September.

This is a vegetable that is very easy to grow in pots on a terrace or balcony.

Sowing in pots is the same as direct sowing in the ground, except that special care must be given to ensure that the soil remains moist. This means it is important to water regularly. 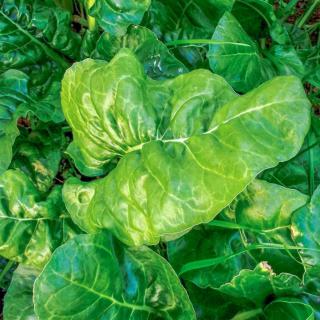 Caring for and growing spinach

It is important to mulch the ground in summer to retain soil moisture and also to protect them from the first frost spells.

If your spinach comes to fall victim to mosaic, which means, leaves turn different colors, pull out diseased plants and destroy them. 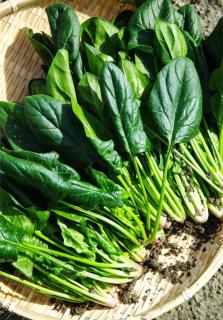 Growing spinach is easy and quick. You can harvest them 1 ½ months after sowing.

If you collect a few leaves on a regular basis, you will stimulate new growth. If you pull out the whole plant, it won’t grow back.

Spinach can be eaten both cooked and raw, and having grown them yourself gives them an extra special taste…

To keep spinach leaves, it is best to freeze them after having chopped up the leaves into large pieces.

All there is to know about spinach

Native to Iran, spinach has long been appreciated for its taste and its excellent nutritional value.

Cultivation quickly spread widely and at the beginning of the XIIth century it appeared in Europe. It was particularly savored by Catherine de Medici, who made it a popular vegetable. 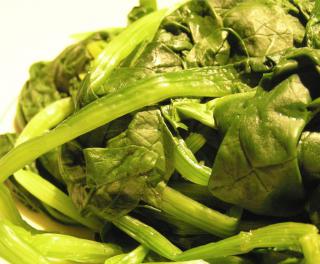 Although there is a certain amount of iron in spinach, Popeye is responsible for most of the hype. In reality, iron levels aren’t much higher than those of other nutritious plants.

Spinach does have high nitrate levels, which are converted into nitrites through the chewing process in the mouth, and ultimately into vitamin B9.

Whatever the details, eating spinach is excellent for health, both cooked and raw.

Spinach is excellent green manure and is perfect when included in crop rotation plans to enrich poor soil.

Grow flowers for food!
Certain plants are both ornamental and edible. Feel free to try them out, a feast for eyes and taste buds…
The legume family, perfect for the garden and the dinner table, too!
Beans, peas, lentils, soybeans… the legume family all share flowers shaped like butterfly wings, roots that lock nitrogen into the…
Arugula, easy-growing greens for mixed salads
Arugula is now one of the most famous greens to appear in our plates. Key Arugula facts Name – Eruca sativa…