Azalea shrubs are enchanting straight from the first day of spring, whether your azaleas are indoors or outside.

Caring for this plant, from planting to pruning and including watering, should give you magnificent flowers.

It is important to not over-expose your azaleas to sunlight, so favor a spot that is partly shaded.

Indoor azaleas generally bloom over the winter because they were “forced”, that is, their development was sped up so that they would bloom early.

Thus, azaleas aren’t really indoor plants, and they are vulnerable to indoor heating as much as they are to freezing.

Here are the rules on growing your indoor azaleas:

Read on here to guarantee that the beautiful winter azalea you received will live on for years!

It is sadly quite difficult to keep a forced plant, because its life cycle has been disturbed.

But it is worth a try, because it may well work.

Even if azaleas normally bloom in spring, indoor azaleas won’t bloom again immediately if they had just bloomed indoors during the pas winter.

Pruning isn’t mandatory at all, but it might be needed at times, if only to reduce the size of the plant or balance the branches out.

Directional pruning is performed over the first 2 or 3 years of azalea plants, on new growth. Its purpose is to increase branch density.

Azaleas can be pruned their whole life long, even though it’s recommended to refrain from pruning as much as possible to ensure nice blooms every year and let the shrub take on its natural shape.

All there is to know about growing azaleas 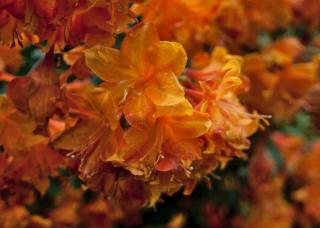 Azalea shrubs are actually small-flowered rhododendrons, and they stand out in spring thanks to their beautiful bright and colorful bloom.

Azalea grows into nice round shrubs that highlight its generous blooming and the deep green of its leaves.

Azaleas are part of the heath plant group, like camellia.

Japanese azalea is usually hardier than other types of azaleas.

To enhance azalea shrub growth, mulch the ground around it to retain moisture.

Favor any acidic mulch such as pine bark mulch.