Layering is a propagation technique that can be used for lavender. It’s particularly well suited to recovering new, vigorous plants from a woody lavender bush that has lost its shape.

Layering lavender will help you learn more about how versatile nature is. Growing a new plant from a live branch buried in the ground is a gratifying endeavor!

Layering is a propagation technique. Through layering, older plants can be multiplied to produce one or more younger plants.

Layering takes advantage of the fact that some cells in the bark or near leaves can turn into roots.

You can also layer lavender.

Layering will produce a plant that is already much larger than those you might get from cuttings or from seed.

When to layer lavender

Early fall or the end of summer is the best time to start layering lavender.

Lavender is harder to layer than certain other plants such as blackberry and strawberry, but it works nonetheless.

Preparing the lavender shrub and soil

First of all, perform a simple maintenance pruning on the lavender shrub.

This will channel most of the growing power of the plant away from the tips, towards other parts of the plant – including our layering spots!

Mark out which branches you intend to layer.

In those spots where the branches will be layered under soil, it helps to prepare the soil beforehand.

On longer branches that have already fallen over, do the following:

One or two years later…

The bend that was underground will have sprouted roots. These nourish the extended portion of the branch.

If the root system seems strong enough after a year, you can transplant. However, it’s best to wait two years to make sure. 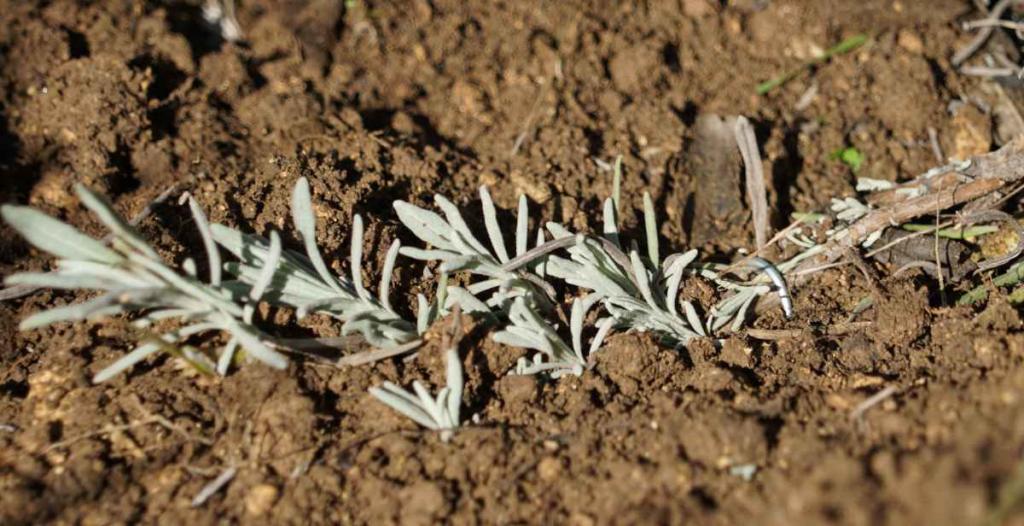 What you do for large branches, you can try on the entire trunk! Air-layer the trunk or main branches of the original old lavender plant.

Make sure the branch is well secured to the ground. Any movement due to wind or animals will destroy the young roots!

Preparing katsura cuttings – a quick way to propagate your Caramel tree!
Growing katsura, the caramel tree, in your garden is a pleasure for every season. At the end of spring, gift…
Perennial vegetables, a sustainability game-changer for busy gardeners
This isn't your typical veggie patch, but keen gardeners will definitely give perennial vegetables a try. From the many species…
Layering strawberry plants
September marks the beginning of fall, and it is a great time to plant your strawberries and layer them, too.…