Home » Gardening » The Vegetable Patch » Eggplant, abundant till the end of summer

Eggplant is a delicious vegetable / fruit, a must-have in any vegetable patch.

A summary of eggplant facts

Although eggplant can be grown rather easily, a few rules on growing and caring for the plant must be followed to avoid diseases and spur strong growth.

Eggplant can display a great many shapes, colors and sizes, be round or long, purple, pink or white, but every variety is always grown in the same manner.

Growing eggplant starts with sowing seeds, but it is also perfectly possible to purchase grown seedlings in your local nurseries.

How to sow eggplant

First of all, begin with indoor sowing at a temperature of at least 65°F (18°C) from January/February to April to prepare for transplanting from April to June depending on your zone.

It is possible to sow directly in the plot if the risk of freezing is over, because eggplants are vulnerable to the cold.

If you are in colder zones, wait for mid-May, but you can anticipate that if you are in milder climates.

To maximize eggplant growth, it helps to plant them closer to, or further from, other vegetables, because eggplants have their friends and foes.

Planting certain plants close to other vegetables is an important factor in both failing or succeeding to grow eggplants.

Growing and caring for eggplant 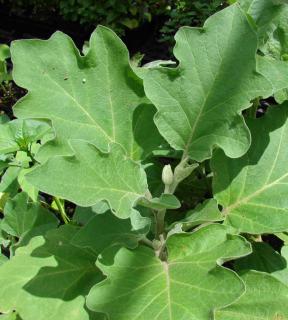 Remove side shoots, and especially, pinch the plant once it has produced 2 or 3 bunches of flowers, so that it may branch out.

When a plant bears many eggplant fruits, it is good to remove several fruits when they are still small so that only up to 15 or so fruits remain on each plant.

Remove suckers that grow out from the base because they tend to drain the plant’s resources in vain.

A good mulch at the base of your eggplants helps retain soil moisture and avoid weed growth.

Diseases and parasites that attack eggplant

Eggplant, like most fruits and vegetables, is vulnerable to multiple diseases and parasites.

To strengthen your eggplant, add tomato fertilizer once or twice during the vegetation phase and during fruit growth.

Like the other plants of the nightshade family, eggplant is regularly attacked by blight. Blight is one of the most common diseases for eggplants.

Oppositely, if the weather is too dry, there is a risk of an onslaught of red spider mites. Eggplant leaves are covered with gray spots that then turn red, brown or yellow.

Together with tomato which is also part of the nightshade family, eggplant, in Europe, is also under attack by this moth. Since 2009, the invasion started spreading throughout the continent. It can destroy 100% of any given harvest.

One disease in particular is very common in the vegetable patch, Septoria. This fungal disease infects many plants. One strand in particular infects eggplant, tomato, bell pepper and chili plants: Septoria lycopersicum. 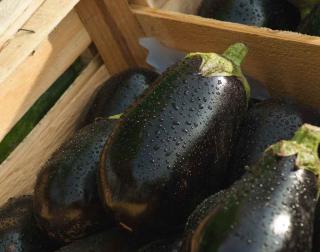 Harvesting eggplant takes place around 5 months after sowing but this may vary depending on climate and growing conditions.

Depending on when sowing or planting was performed, harvest takes place between summer and fall.

A way to check if the fruit is ripe is when it has stopped growing larger and the skin has taken on a shiny gloss.

All there is to know about eggplant 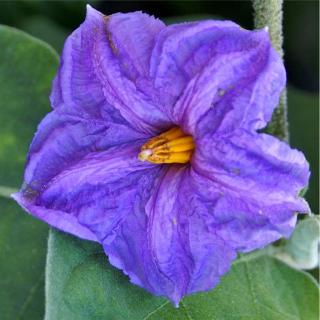 Coming in purple or white colors, there are different varieties in shape and size, but they are all grown in the same manner.

It is a summer vegetable much appreciated in such dishes as ratatouille, baked with cheese in an oven or simply as eggplant caviar, marinated in oil with garlic. 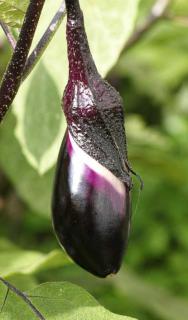 Most of these anti-oxidant properties come from the cells forming the skin of the eggplant fruit.

There are significant quantities of manganese, copper, vitamins B6 and B1, which remain even after having boiled the fruit.

An eggplant is ready for harvest when its hue is deep and its size has reached the normal mature size.

You can see this when daily growth marks don’t appear near the eggplant stem anymore.

Bouquet Garni, the perfect way to flavor meals
Preparing your own bouquet garni is something enjoyable and very simple. A bouquet garni is an assortment of herbs and…
Calibrachoa, a cascade of colors
Calibrachoa is a very beautiful flower that bears hundreds of small bell-shaped flowers often used as a cascading flower for…
Tamarillo, the tomato tree
The tamarillo is a fruit shrub native to the tropics which bears surprising fruits with firm flesh and a tangy,…