Gerbera is a cute indoor plant native to Africa that is found very appealing thanks to its cute flowers.

Foliage – evergreen
Flowering – all year round

Very often used in bouquets, it holds very well as days wear on and this makes it a favorite of florists.

Gerbera is a plant that requires good soil mix to bloom again and again.

After that, every 2 years and preferably in spring, repot your gerbera in a pot that is of a slightly larger size.

Propagation is possible in spring through crown division or by sowing seeds in a tray towards February-March.

Where to place your gerbera in the house 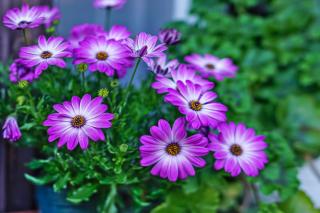 The best location for your gerbera is a spot where there is proper light but no direct sun in summer.

You can put your gerbera very close to gloxinia because they both share the same growing conditions.

Regular but moderate watering is called for. Gerbera requires small amounts of water but requires it very often.

In spring and summer

Keep the soil mix a bit moist and check that water drains properly.

Provide more or less once a month to extend the blooming to the maximum.

To retain a certain moisture level, it is best to put the pot on a bed of clay pebbles with water at the bottom.

In fall and winter

Reduce watering and wait for the soil to be thoroughly dry deep down before watering again. 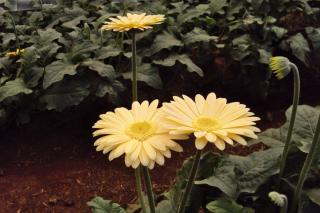 A fabulous indoor plant, it bestows us with daisy-shaped flowers that are pink, red, yellow or simply white.

Gerbera is vulnerable to aphids. To avoid this, spray it often with a pyrethrum-based insect killer.

The ideal lifespan of a gerbera never extends longer than 3 years at most. You’ll have to replace it after this time span.

Gerbera in a bouquet

To preserve your gerbera as long as can be in a bouquet, it’s important to use clean water in a vase that has been thoroughly cleansed.

Gerbera is also very beautiful as a floating flower as a decoration on a reception table for instance.

Absinthe, an herb that bestows many benefits
Absinthe is more famous for the liquor that is produced from it than for its many uses in the garden.…
Costmary or alecost health benefits and therapeutic value
Costmary (Tanacetum balsamita), also called alecost, is a herbaceous perennial plant with a rhizome crown that produces a wide, dense…
Chrysanthemum, a plant that is simply beautiful
Chrysanthemum is a magnificent flower to embellish gardens and terraces. Core Chrysanthemum facts Name – Chrysanthemum Family – Asteraceae Type –…