Dahlia imperialis or tree dahlia is a perennial herbaceous flower that is simply beautiful.

Sometimes called giant dahlia, it can reach a height of 13 feet (4 meters)!

Dahlia imperialis blooms in winter but cannot withstand temperatures below 23°F (-5°C). You must thus first check that your climate allows for planting before purchasing it.

Dahlia imperialis bulbs are best planted during the months of April and May, when the last frosts are past.

Plant them about 4 inches (10 cm) deep, and space the bulbs 40 inches (100 cm) apart, because dahlia imperialis requires sunlight and likes having space to spread out!

Pruning and caring for dahlia imperialis 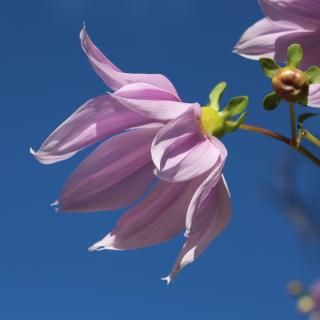 Dahlia imperialis is a flower that requires a little specific attention if you want to see it bloom year after year.

Dahlia imperialis is inclined to rather warm, rich and well drained soil.

Tree dahlia also appreciates being watered in summer but fears excess moisture that could destroy the plant.

If you fear particularly strong freezing:

After the blooming, at the beginning of winter, bring the tubers indoors when the first frost spells hit, and keep them in a dark, dry place until the following spring.

As mentioned above, the watering of tree dahlia is important because it must be regular but never excessive.

One of the most common problems that this plant meets is the rotting of its roots. It thus requires very well drained soil.

If you live in an area where the weather frequently drops below 23°F (-5°C), bringing your bulbs indoors before it freezes is your only hope.

This can be performed after the blooming and before temperatures have dropped under 23°F (-5°C).

In other regions, protect your tubers with dead leaf mulch for instance.

The major difficulty encountered with dahlia imperialis is the rotting of the tuber.

This happens when the soil is too moist and doesn’t drain well enough, thus preventing excess water from being evacuated.

This also leads to various fungus such as powdery mildew or gray mold.

As for parasites, the dahlia can occasionally fall victim to aphids.

Its flowers are as beautiful as ever, a cute pink that can also be white, and always very large. Tree dahlia flowers can grow to be 8 inches (20 cm) across.

In temperate climates, the foliage is evergreen.

It is also called Imperial Dahlia, tree dahlia, Lehmann dahlia or Bamboo dahlia because of the strong resemblance of its stem with bamboo.

This is a plant that can grow quite large and will always be at its best in a sheltered spot where it can grow while being protected from wind. 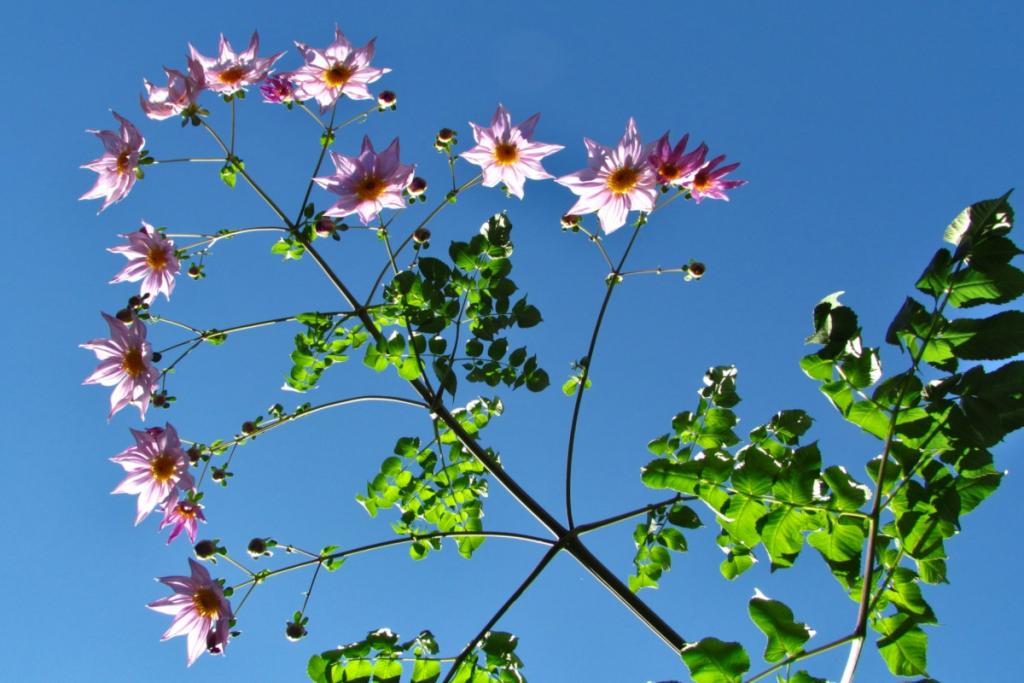 Costmary or alecost health benefits and therapeutic value
Costmary (Tanacetum balsamita), also called alecost, is a herbaceous perennial plant with a rhizome crown that produces a wide, dense…
Stevia, a great alternative to sugar!
Stevia is a cute herb and an excellent alternative to sugar. Simple Stevia facts Name – Stevia rebaudiana Family – Asteraceae Type –…
Yarrow, an easy herb
Yarrow, also called "soldier's woundwort", is a nice perennial very much liked for its foliage and for its value as…