Here is the advice on how to care for them to produce magnificent dahlias.

It is important to plant your dahlia correctly, since this step is crucial to your plant’s growth and flowering.

Preparing cuttings is the simplest, fastest, and most common planting technique to multiply your beautiful dahlia flowers.

If you feel that the soil in your garden is rather poor, enrich it upon planting with organic soil conditioner or compost.

It is perfectly possible to sow dahlias from seed, but this technique requires an extensive know-how that only true experts can master.

Pruning and caring for dahlias 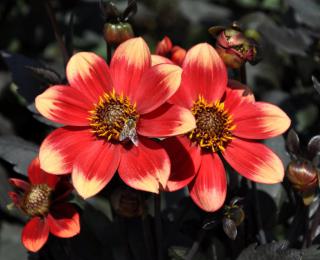 Once properly settled in, dahlias require very little care, even though certain practices will help extend or boost blooming.

Dahlias are quite resilient, but appreciate being watered during extended dry spells.

Check that dahlia bulbs never get flooded or stand in stagnating water, since this would make them rot.

Well-drained soil guarantees that this kind of mishap doesn’t happen.

How to prolong dahlia blooms from summer to fall

Dahlia blooms can be extended even until after summer is over, sometimes even until the end of October.

Although dahlia can spend the winter in the ground in mild-wintered areas, it can’t survive strong frost spells.

If you live in an area where the weather frequently drops below 23°F (-5°C), bringing your bulbs indoors before it freezes is your only hope.

In other regions, protect your tubers with dead leaf mulch for instance. 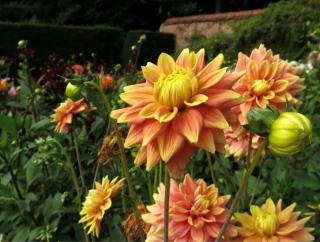 Native to Mexico, a dahlia is a bulbous plant that has evolved into several dozen species.

There are cactus and semi-cactus dahlia varieties, pompom or ball dahlias, ornamental dahlias, and collarette dahlias, that provide for dazzlingly varied shapes and colors.

This is a plant that comes in a wide variety of blooms!

Its long flower-bearing stems stand tall and true, and produce beautiful flowers with many colors. 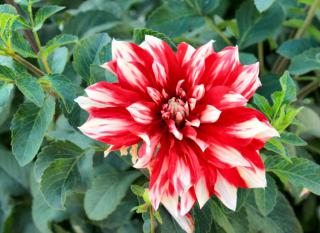 There are many more!

When you’re planting it, add manure to the soil or any type of time-release organic fertilizer to enhance growth and blooming.

Chrysanthemum, a plant that is simply beautiful
Chrysanthemum is a magnificent flower to embellish gardens and terraces. Core Chrysanthemum facts Name – Chrysanthemum Family – Asteraceae Type –…
Endive, chicory, from seed to harvest
Endive, also called chicory, is a delicious vegetable that is appreciated both raw and cooked. Core Chicory endive facts Name…
Salsify, a delicate subtle taste
Growing salsify starts in May whereas the harvest takes place in fall and winter. Summary of Salsify facts Name – Tragopogon…