Yarrow, also called “soldier’s woundwort“, is a nice perennial very much liked for its foliage and for its value as a herb and therapeutic relief agent. 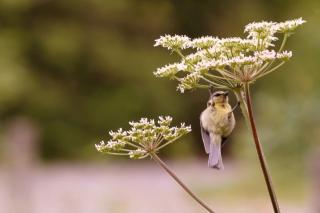 Note first of all that there are several kinds of yarrow, which differ in the season and color of their blooming and the general bearing of the plant.

Yarrow can be planted all year round if purchased in nursery pots or containers.

Choose for it full sun exposure, even though light shade still suits it fine.

Sowing takes place in spring, directly in the ground when the last frosts are past.

It is also possible to sow a bit earlier, provided it is protected with a cold frame. It can then be transplanted to the growing bed at the beginning of summer.

Pruning and caring for yarrow

Cutting off wilted flowers as soon as they wilt will keep the plant from wasting energy. It will instead dedicate itself to growing new flowers.

At the end of the season, cut the stems as short as you can and it will burst back in the following spring.

All there is to know about yarrow

This very cute perennial comes in a range of colors that goes from gold yellow to pink and white. 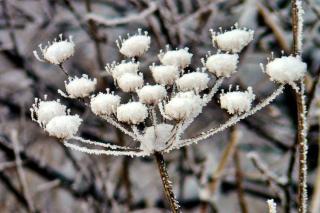 It will know how to give light and gayness to your edges, rock formations and beds.

The most known yarrow variety is common yarrow, which has nicely cut leaves and hoists up beautiful flowers all summer long.

If you prefer a more sprawling yarrow, go for wolly yarrow (Achillea tomentosa) which has superb yellow flowers that are perfect for dried flower bouquets.

Yarrow, an herb that also has medicinal value

Its leaves are fragrant and the plant will bear flowers much more if exposed in full sun.

You can use its leaves in mixed salads, infusions or to flavor gravy.

This perennial is perfect for your winter infusions!

Lemon thyme, a citrus-smelling spice
Lemon thyme is both a cute little perennial and a fabulous herb. Key Lemon thyme facts Name – Thymus x…
Hyssop, a flowery plant that does heaps for health
With hint of agastache in its appearance, hyssop is a garden favorite thanks to its fragrant blue flower panicles. And…
Wild thyme, an ornamental condiment
Wild thyme is a low-lying perennial that is as useful as a herb as it is ornamental. Key Wild Thyme…