Home » Gardening » The Vegetable Patch » Stock the pantry for winter

In the vegetable patch, summer is the season for harvests, but sowing still continues for lettuce, cabbage and other vegetables for winter.

If you like eating cabbage, you can sow and transplant different varieties all summer long.

Sprouting broccoli can be sown until end of July. You’ll transplant them as soon as the first two leaves appear until mid-August.

You can plant green cabbage in July, kohlrabi until mid-August and cauliflower all summer long to ensure spring produce.

If you appreciate Chinese cabbage, sow them until beginning of August and let them grow. They will last you through most of winter. 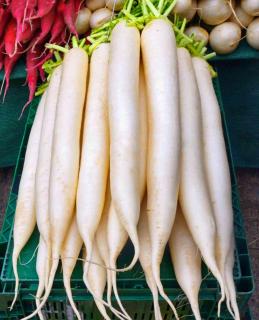 Feel free to sow snap beans and French beans until mid-August. They will start producing at the beginning of fall depending on your location and the weather.

Sow turnips until the end of August. Thin them when the sprouts bear two true leaves. The ‘Blanc dur d’hiver’ variety keeps directly in the ground, under a cover of leaves or dry ferns.

To have leek in spring (April and May), sow in August and plant in September. Pull the seedlings out when they’re as thick as a pencil. Snip the tip of the leaves off, and before transplanting them, let them dry off for two days on the ground, to harden them and protect them against allium leaf-mining flies. 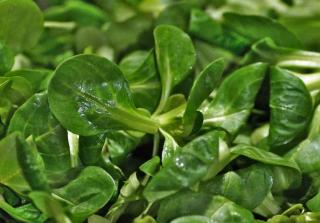 Sow corn salad until the end of September. Sow it in rows or broadcast on firm soil, that isn’t spaded (at most, raked), and plant together with cabbage and leek.

Cover the seeds with a thin layer of dry grass, to keep the soil moist.

Protect corn salad meant to be harvested in winter with a thin layer of straw or dry ferns.

Harvest ‘A Grosse Graine’ corn salad by cutting it just above the collar, and smaller rosettes will reappear afterwards.

Meet the community
Need advice? Share your garden joys & woes!
Live from the forum
Keep basket plants through winter Laurel bushes dying in Winter Ornamental cabbage or kale. Keeping it through the winter

Flowers in the garden for fall and winter
When the plant kingdom slumbers and snow sometimes covers the green span of lawn, we often find it unimaginable that…
Lots of leek grown easily
Leek is a vegetable that grows well in cooler climates and sowing and transplanting it at just the right time…
Turnip, fleshy and very tasty, especially when home-grown!
Turnip has a long history of growing, and without doubt is among the most tasty vegetables. Top turnip facts Name –…