Ceanothus is a tallish shrub that brings bees and butterflies to the garden in spring thanks to its magnificent blue flowers.

Exposure – full or part sun
Soil – any type is suitable
Flowering – March, April, May
or even summer for certain species

Ceanothus doesn’t require much care, at most a little pruning to keep it under control since it grows easily and produces abundant flowers!

How to plant Ceanothus

Full shade is too dark. Best plant your Ceanothus in a spot where it will get either full sun or part sun.

Spring and fall are the two best times of year for planting Ceanothus. Avoid heat waves or days of frost. 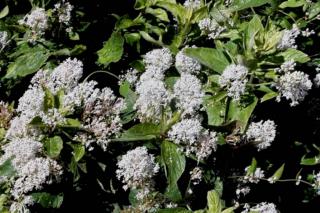 Make sure you get flowers on your ceanothus every year by pruning either in summer or fall. If you prune in spring, you’ll be cutting flower buds off. Don’t prune ceanothus at the end of winter.

Some Ceanothus species are deciduous. For these, control growth by cutting back branches that are a year old. Pruning last year’s growth will make your Ceanothus branch out and bear more flowers.

You won’t need to water your Ceanothus at all, except for the first two years.

Ceanothus is rather hardy and must spend its life outside. It won’t thrive at all indoors.

Ceanothus is hardy down to about 14°F (10°C). If ever your area gets any colder, you’ll have to winterize your ceanothus.

Blue is the color of most Ceanothus species. The shrub is covered in flower panicles in spring.

Other colors include pink and white, and various shades of violet.

Ceanothus is native to North America. It has successfully been introduced in many temperate climates.

Bees and butterflies will be attracted by the wonderfully abundant flowers during the blooming.

Connect to post on the forum!
See community members
Looking for advice? An idea to share? Interesting topic?

Soap bush, variations in blue
Having blue flowers in the garden is rather uncommon. One of the advantages of the soap bush is that it…