Pepper (Piper nigrum) is an exotic spice native to the south of India and Sri Lanka, sold in different colors (green, white, red or black) that depend on how mature the grains were when picked.

In cooking, pepper, the king of spices, promises many health benefits and a high medicinal value!

Pepper has been used for centuries in Ayurveda medicine.

Benefits of pepper in the plate

Europe has known pepper since Greek and Roman times. Used mainly as a condiment, interesting therapeutic applications were soon attributed to it against rheumatism, digestive problems, bouts of fever and even depression.

The other effects of pepper on health

In topical use, pepper also proves to be effective.

Growing pepper for its health benefits 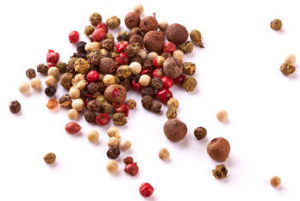 Pepper requires warm exposure (at least 60°F (15°C)) with light but must not be in direct sunlight.

Soil must be humus-rich, cool, deep and drained. If you’re growing the pepper shrub in a pot at home, spray it every day, it appreciates moist environments.

Remember to stake the plant.

Set up an outdoor kitchen for friendly summer barbecues
Setting up an outdoor kitchen opens up a whole new space where friends and family can gather outdoors. Welcome everyone…
Ginkgo health benefits and therapeutic value
A tree native to China, the Ginkgo is considered to be a living fossil that has survived for over 300…
Hazelnut health benefits and therapeutic value
The hazelnut is the fruit that the hazel tree bears (Corylus avellana). It is a bushy shrub that belongs to…