Home » Gardening » The Vegetable Patch » Tomato suckers: should you remove or keep them? [Battle begins]

Gardeners face each other off with pitchforks when it comes to this question… It’s a topic that’s almost as controversial as that of whether tomato is a fruit or a vegetable! Discover both options regarding sucker removal here, the pros of each and our tips to make the choice that’s right for you.

Sucker: what is it? 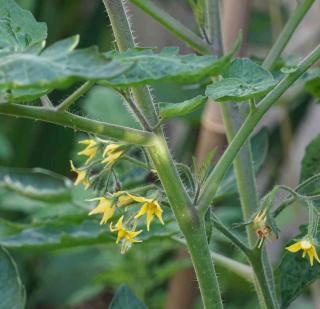 These are the small stems that grow wherever secondary stems and leaves connect. You’ll typically find one sprouting from the point where the main stem branches off into a secondary stem. It may also emerge from secondary stems, again wherever a leaf sprouts out on that same stem. If you let them grow, suckers can become extremely vigorous.

How do you recognize a sucker? It’s pretty straightforward: it won’t bear flowers, and so it  won’t bear any fruit either. This is precisely where the name comes from: these branches suck a lot of sap, but don’t use it to produce any tomatoes.

Should you remove suckers from tomato plants?

Here is where the great divide appears: some think it’s crucial to remove them, whereas others find it better to leave them on the plant. Let’s focus on the reasons why each side thinks they’re right.

Those who advocate removing suckers: 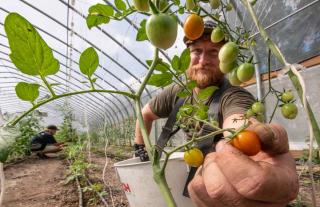 These make their decision based on the fact that these little stems consume an inordinate amount of sap, depriving fruit-bearing stems from their due share of nutrients. Removing them would thus allow a better harvest. Fruits grow larger, and they all more or less reach the same size. It’s said that they also ripen in sync, reaching maturity at the same time.

And those who think it’s better to leave suckers on the plant: 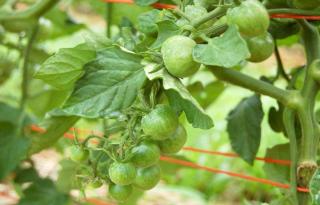 Gardeners who defend this idea state the simple truth about what these suckers are: stems full of leaves, every single one of which is fully dedicated to photosynthesis. Photosynthesis is the process through which plants create organic matter using sunlight. So it stands to reason that if you cut them off, you’re depriving the plant from a precious resource it could use to grow. Lastly, it’s important to remember that tomatoes are plants that are particularly vulnerable to disease. Each cut is a wound that lets bacteria infect the plant. After all, since the beginning of time, nobody was there to pinch suckers off tomatoes and still they survived in the wild!

How to remove suckers from tomato plants? 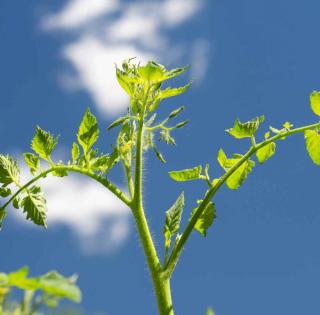 If they’re still small and soft, you can remove them with your fingers, pinching them off. However, if you’re a bit late in removing them, better use a sharp secateur or pruning shears. Clean the tool and disinfect it before use. Best is to prune on a day without rain, so that you reduce the risk of fungal diseases appearing – that dreaded blight!

More and more amateur gardeners rely on natural self-regulation to maintain their vegetable patch (to the point of not staking them, even). Apply this to tomato plants, and the conclusion is to leave the suckers on the plant, since removing them is a useless waste of time. If the plant catches a disease because of the pruning, it’s going to have to expend energy fighting it off – the exact opposite of what was intended in the first place!

Why not try both techniques out yourself? Grow one plant, diligently removing every single sucker you see. And then another, nearby, without removing anything at all. When harvest time abides, simply count the fruits and rate their quality. Which one fared best for you?

→ How to collect and save your own tomato seeds

For this technique, you’ll of course remove suckers, but there’s a bit more to it than that. It’s recommend to only keep 4 or 5 secondary stems that will bear fruits. To do so, you’ll have to top off or behead any plant that produces more that that number of stems. This reduces the bushiness of the tomato plant, and fruits will get much more direct sunlight.

Technique #2: No pruning at all

This second method requires restraint on the part of the gardener: no pruning at all, simply letting the plant grow as it would naturally. In this case, it’s important to pay attention to one thing: space your tomatoes well. Indeed, when not pruned, tomatoes will spread over quite a large surface, a fact that many tend to overlook until it’s too late. The ideal set-up for this is a cage-type stake. It’ll fare better than straight stakes or ladder stakes. This is due to the nature of tomato vines: they’ll grow so much that any regular stake will quickly be too short.

Growing vegetables on your balcony, give it a try!
Persons living in an apartment also have the right to grow their own vegetables, don't you think? Actually, you don't…
Cyphomandra, a tree that’s part of the tomato family
Cyphomandra is a fruit tree native to the tropics. It bears delicious fruits with firm flesh and a tangy taste.…
Tomato early blight, the dreaded Alternaria fungus: alternatives to beat it
This blight is a true plight! Early blight covers tomato plants with black spots, and even makes the fruits inedible.…