Home » Gardening » Indoor plants » Tillandsia, succulent-like leaves… with no roots at all!

One interesting member of the Bromeliaceae family is tillandsia. This original plant has absolutely no roots at all, and it’s very ornamental.

A plant without roots, definitely the reason this plant goes by the air plant nickname. 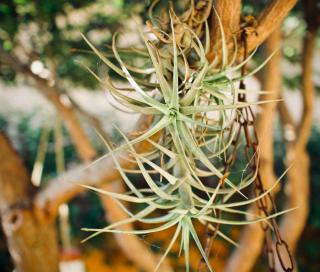 In the wild, tillandsia grows where no other plants can. It’s found hanging off rock cliffs and tall trees, or prickly cactus… and even along electric poles and phone lines!

So your tillandsia won’t be very interested in whatever soil mix you have to offer. 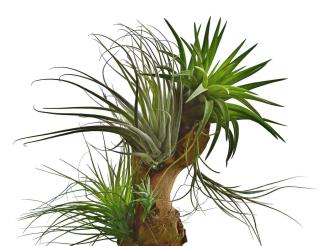 Tillandsia leaves are able to extract moisture from the air, and rain trickling down from higher up provides whatever trace elements it needs to grow and bloom.

It’s thus perfectly fine to just plop your tillandsia on a piece of wood, or something more mineral like a slab of volcanic rock.

Tillandsia in a pot: 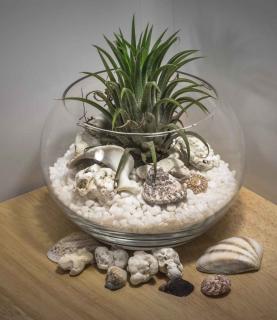 The ideal season to propagate tillandsia is either spring or summer.

After separating these basal shoots in spring, let the wound cure for 1 or 2 days, and then plant in a mix that contains equal parts of leaf compost, crushed bark and peat.

Caring for and watering tillandsia

Tillandsia care is relatively easy, especially once you’ve caught on how to water it.

Note that tillandsia resists temperatures that reach 85°F or 30°C, but will die if it gets any colder than 40°F or 5°C.

Keep in mind during this entire watering section that tillandsia hates calcium deposits, and always prefers watering with either rainwater or bottled water.

Watering, for tillandsia, is different than for other plants: the goal is more to mist water on its leaves, than to actually water it. 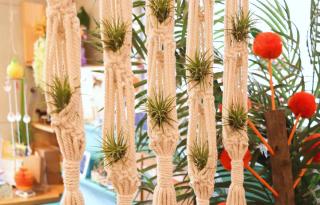 Spray water, preferably non-hard, on its leaves 2 or 3 times a week, sometimes more often if the weather is very hot.

Once a week, in addition, soak the tillandsia in water for a few minutes. 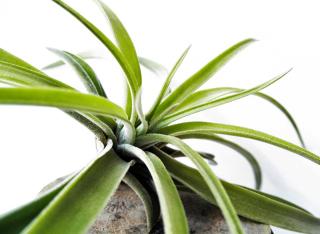 Don’t use any “leaf shiner” products on leaves, because those products tend to block up pores and the plant can’t extract moisture from the air anymore.

> Did you know indoor plants could remove pollution from the air?

> 3 pollution-clearing plants to choose from

Bromelia, a plant with a bang!
With its amazing colorful bloom girdled with a crown of deep green leaves, Bromelia does every thing it can to…
Ananas comosus – grow pineapples at home!
Ananas comosus is a plant that bears beautiful leaves, but what makes the plant famous is its fruit: the pineapple.…
Luminous flowers to fight gray winter homes
Delicate or extravagant, these flower plants bring color and a touch of Faraway for our indoors, even in winter! A…