Firethorn, aside from its superb foliage, also bears magnificent colored berries in fall.

Foliage – evergreen
Flowering – May to June

It’s all the same whether firethorn is planted in spring or fall, even though planting in November is best.

Firethorn is not demanding as for soil type, but will develop best in well drained soil. 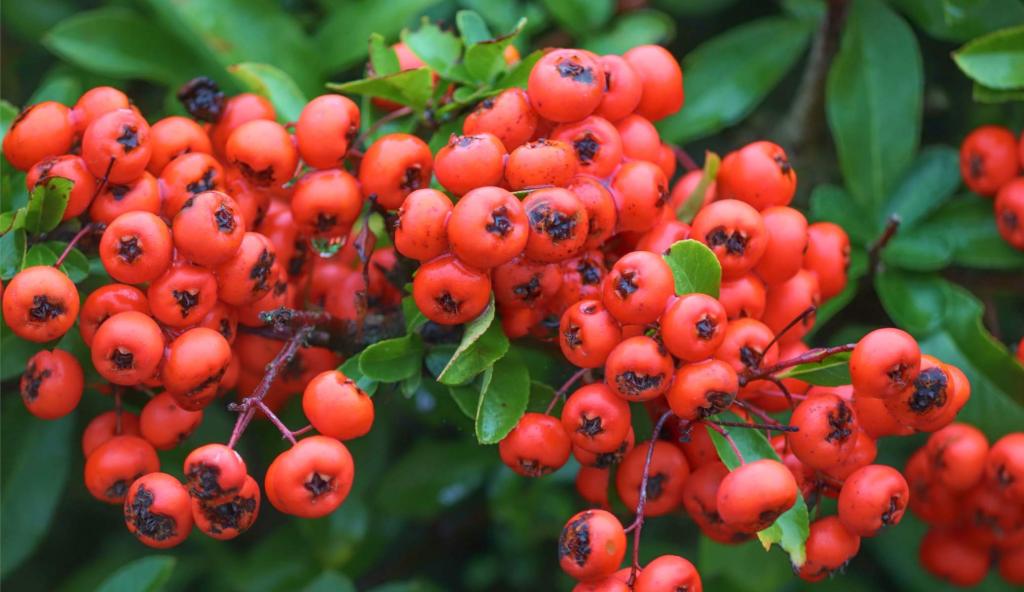 Making cuttings in summer is the easiest and fastest option for propagating Pyracantha.

Pruning and caring for firethorn

Very hardy to the cold and freezing, resilient after sweltering heat, firethorn is a shrub that only needs little care, especially after it has properly settled in.

Firethorn, or Pyracantha, can be pruned in fall and/or at the beginning of spring, moderately.

Diseases and parasites that attack firethorn

The main difficulty you’ll face with firethorn is fire blight. Leaves turn brown, dry off and die within a few months.

As for parasites, it may attract legions of aphids and here is how to deal with aphids. 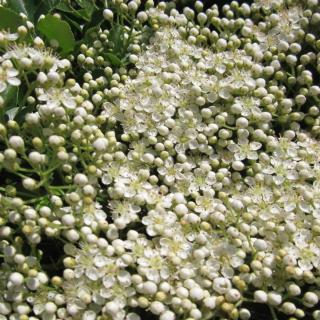 Particularly well suited to setting up hedges, firethorn both offers interesting spring blooming and beautiful colored berries in the other seasons.

A thorny shrub belonging to the Rosaceae family, a further advantage is its rapid growth and its deep dark green evergreen leaves.

Fall is when it is most remarkable, as it bears little ornamental red or orange-yellow berries.

Its blooming, in spring, is low-key, cute white flowers that appear during the month of May or June, depending on the area.

Berries aren’t toxic to humans, contrary to popular belief. Some even include the berries in jams, too.

As with many edible wild berries, though, eating significant amounts (a bowlful or more) can lead to an upset stomach (light diarrhea).

Research has shown that tiny, minute amounts of cyanide-related compounds exist in fruits. Luckily, the quantities are so small that these won’t have any impact whatsoever on either humans or pets.

Since it is thorny, it is perfect for defensive hedges. 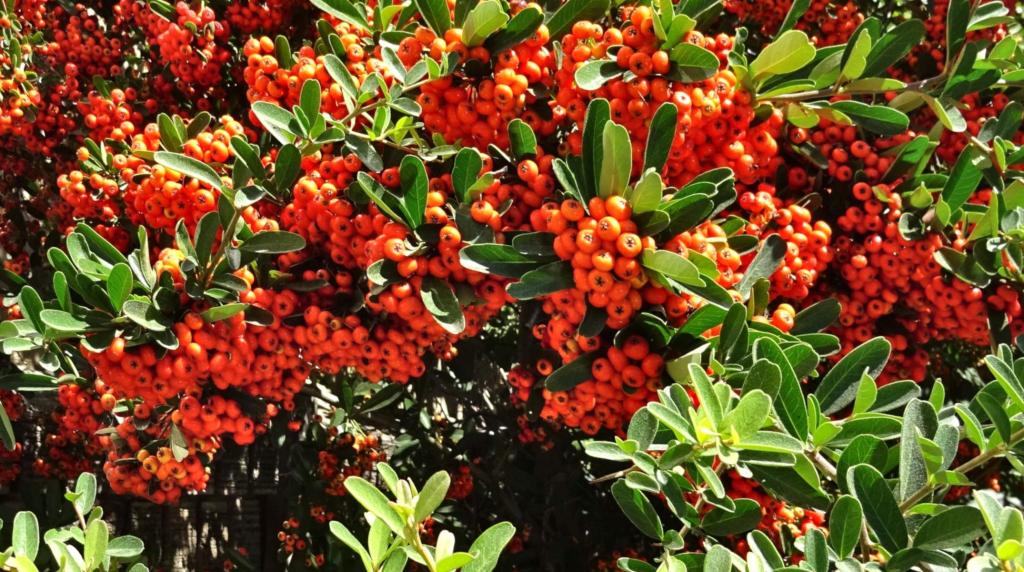 Photinia, magnificent leaves
Photinia stand out with their scarlet and red-colored leaves. Photinia facts to know Name – Photinia x fraseri Family – Rosaceae Height –…
Trimming hedges, the right time
When should a hedge be trimmed, what is the right timing, and how should one go about it best? Often…
Escallonia, a shrub of great beauty
Escallonia is a shrub that has very beautiful flowers and is thus very ornamental. Key Escallonia facts Name – Escallonia Family –…