Home » Gardening » Trees and shrubs » Laws and regulations on trimming hedges: to trim or not to trim, that is the question!

Hedges are important for biodiversity. Birds, for instance, love building their nests in them. It makes sense to regulate when to work on hedges and when to keep them undisturbed. Regulations on trimming and removing hedges is what helps coordinate this effort as a community. Each country, state and even municipality might have its own rules depending on the local environment. Also, such efforts are often the sign of a mature community that is already able to consider the importance of protecting nature as it pursues its day-to-day business.

What is a hedge?

A hedge is controlled growth, typically along a line, where shrubs and trees are kept lower than they would naturally grow. Hedges often mark the border between two properties. Occasionally, they line roadsides. Increasingly, they’re considered an essential component of protected landscapes.

Humans are the reason hedges exist: without people, the environment would evolve to reach a stable stage which is usually a forest setting.

We’re learning that when we work with nature instead of simply dominating it, we create a richer world for all to share: us, animals and plants. Regulations help guide us in this endeavor. When based on observation and understanding, such rules truly lead to a thriving community.

The primary functions are to provide privacy and mark property lines. Single-species evergreen hedges excel at this, but they often fall short of the many other uses of hedges:

2 types of regulations and laws

There are two types of regulations. Originally, local laws would make hedge work mandatory. For instance, in many places you can’t let a hedge run wild. There are height limits to follow, and trimming regularly is mandatory. This is important because it helps smooth relationships between people. Neighbors don’t fight anymore about hedges growing out of control, encroaching on the other’s gardens. This group of laws describe the obligations related to owning or sharing a hedge.

The second type of regulation is rather new: it aims to protect and promote respecting nature. Typically, you can’t trim or remove a hedge during the nesting season for birds. Indeed, many birds prefer hedges to nest because they’re perfect hiding places while staying convenient (close to sources of food and water). When you trim a hedge with nests in it, you’re certain to damage the nest, even break the eggs. If this happens too often, wild birds don’t succeed in reproducing. Such laws are called nature conservation laws or environmental protection laws.

Today, local governments are trying to strike a balance between both equally important goals.

In Canada, the Migratory Birds Convention act protects nesting birds. Though there is no official date range for hedge and garden work, generally end of March to mid-August is considered the “nesting period” for most bird species. Trimming a hedge and killing chicks might lead to fines if you’re caught, so best avoid taking the risk in the first place!

Interestingly, some states like California even have a “spite hedge law”: it allows for resolving cases where one neighbor plants a tall hedge to hassle or exact petty revenge on another neighbor… Truth be said, asking courts and lawyers to sort things out rarely restores friendship between the protagonists!

In the United Kingdom, hedgerows are protected. Parameters such as hedge importance (age), location and length determine whether removing the hedge is allowed or not. As regards trimming, the law is clear: destroying nests is illegal. As a consequence, trimming hedges is considered illegal during the nesting season, from March 1st to end of August.

In France, similar regulations apply, but the nesting season is officially shorter: it runs from March 15th to end of July instead of August. If it’s an agricultural hedge (along crop fields), April 1st is the start date. 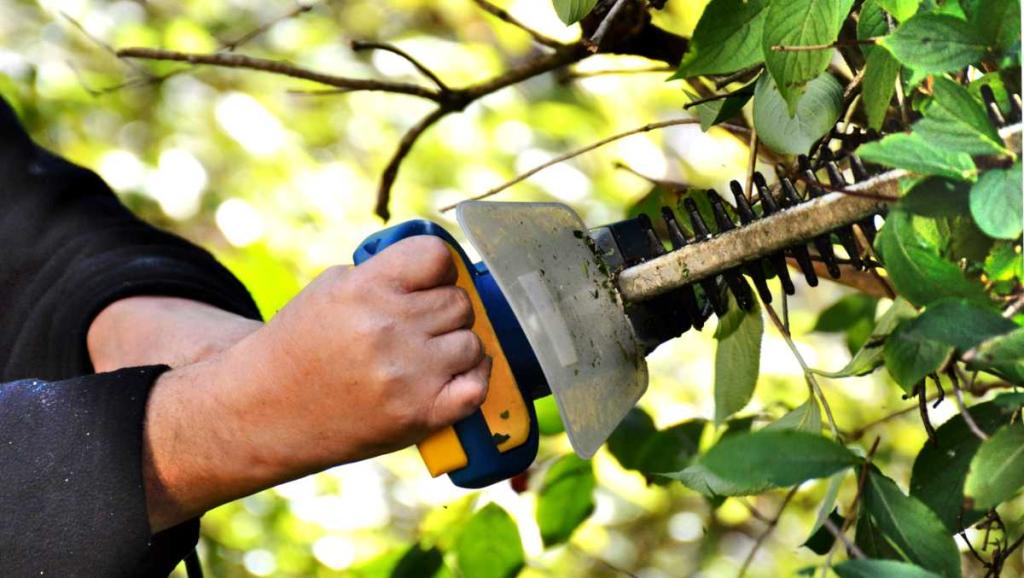 Credits for images shared to Nature & Garden (all edits by Gaspard Lorthiois):
To trim or not to trim by Anna Shvets under Pexels license
Small hand-held trimmer by Alexandra Stockmar under Pixabay license
Meet the community
Need advice? Share your garden joys & woes!
Live from the forum
I need ideas on Pampass grass trimming help Cypress trimming without hiring a professional Thuja Occidentalis white cedar

Four-seasons hedge, every season sees it as beautiful as ever
Why not go for a four-seasons hedge? Bored with drab monochrome conifers? Bring a bundle of delight to the neighborhood…
Hedges, protective barriers against diseases
Did you know that a hedge does much more than just protect us from neighbors, wind and noise? If you…
Get your hedge right with a 2 minute video
Hedges are now an important part of landscaping, and getting them right will come naturally after taking a look at…