Height – 8 inches (20 cm) to 5 feet (1.5 meters) depending on the variety
Exposure – full sun
Soil – ordinary, rather light and well drained

Flowering – May to October

A very easy plant to succeed in growing, the blooming is abundant and its decorative effect is guaranteed.

In spring, right from the middle of the month of April, choose a full sun location to sow your cosmos.

If you live in areas that are farther up North, best sow starting from the month of May.

In summer, it is always possible to plant your cosmos plants purchased in a nursery pot, but the most common technique is to sow them directly from seed.

Just like the aster, ordinary soil mixed with a bit of soil mix is perfect.

Care and pruning of cosmos

Easy to grow, cosmos only asks for very little care.

For long stemmed varieties, feel free to stake them to avoid having them double over in case of wind.

All there is to know about cosmos

A plant for flower beds, edges or rocky land, cosmos is spectacular from spring to fall thanks to its generous blooming which constantly renews itself.

An easy annual, there are many different varieties and species which makes for just as many shapes and colors.

As for pests and diseases, Cosmos is rather something of a paradox: 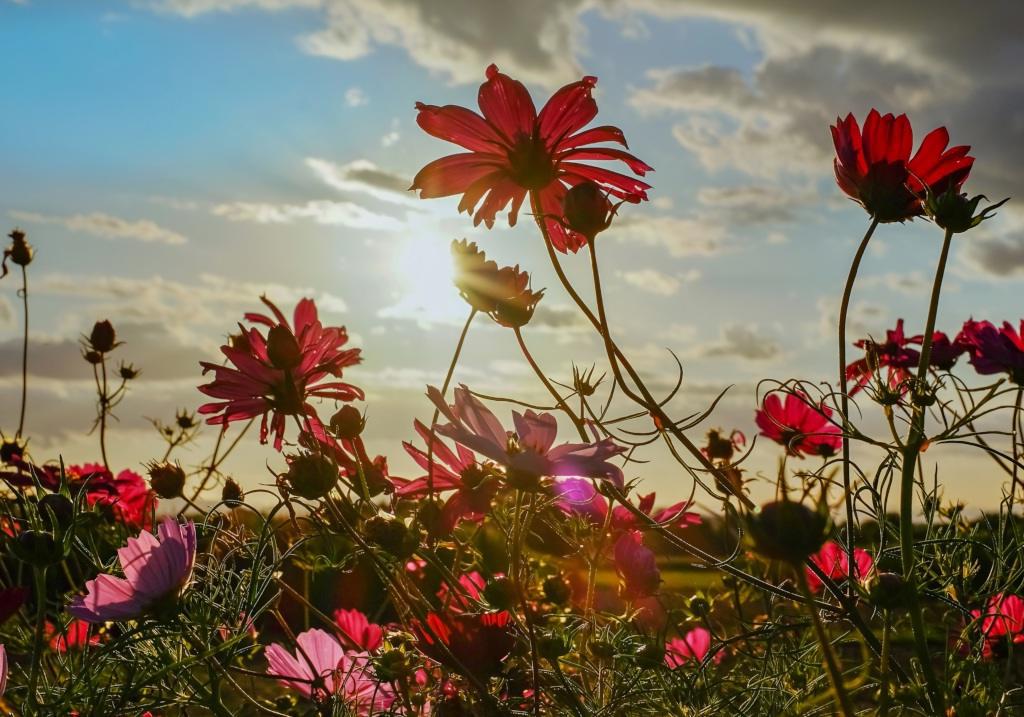 These can be divided into three large groups, for the most common flowers 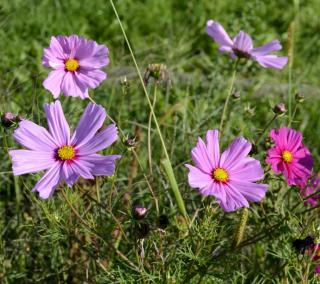 From the three groups mentioned above, only two are traditionally regarded as edible: Cosmos sulphureus and Cosmos caudatus.

The most common Cosmos family, Cosmos bipinnatus, is not considered edible. Since it isn’t toxic in any manner though, it’s still very safe to grow around children and pets.

Cosmos is one of the favorite flowers of bees and other beneficial insects.

Euryops, savanna daisy
Savanna daisy is part of the great Asteraceae family. Essential Euryops facts Name – Euryops Family – Asteraceae Type –…
Aster, fairies in the garden
Aster endears us with its superb blooming, often spectacular. A summary of Aster facts Name – Aster Family – Asteraceae…
Curly endive, a salad with a subtle taste
Curly endive is a salad green that is appreciated for its crispy fresh leaves, for the ease of its growing…