Home » Recipes » Jams, Jellies & Syrups » Orange marmalade, the recipe that tops all others

Here is our recipe for orange marmalade, offered to us by Françoise Porcher, an expert who simply loves perfect jam.

With this recipe, you’ll rediscover the real taste of orange marmalade.

Grow your ingredients at home:

If you don’t have a food mill, or if you want to save yourself the time and hassle, you can blend the fruits in a blender with a little water instead.

In a copper vat,

The recipe is identical for the different types of citrus: blood orange, mandarin orange, clementine…

A twist on this recipe: Irish Orange Marmalade

Marinate black raisins in a shotglass with a little whisky. When the marmalade seems ready for pouring in jars, toss in the marinated raisins (set any extra whisky to the side).

Once the cold plate test shows it’s time, stir the jam a bit to cool it down somewhat, and add from 1½ to 3 ounces (5 to 8 cl) of fresh whisky.

Don’t use the same whisky as the one used to marinate the raisins: it probably took on the color of these grapes, and the marmalade would lose its warm, orange color and turn an icky brown instead.

Variation : Start filling most of the pots with orange marmalade, and in 3 or 4 of the smaller jars, add 1 ounce (3 cl) of whisky in each. Make sure to reheat what’s left of the marmalade for 2 minutes before filling in these last “loaded” jars. Whisky, in Ireland, is written “Whiskey”.

About sugar and orange marmalade 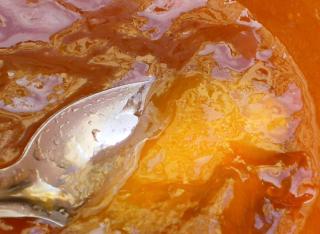 Jam is a technique to keep fruit thanks to sugar. The antiseptic properties of sugar become very potent once it reaches a certain concentration. Evaporating water off during the cooking increases the proportion of fruit sugars in the remaining mix.

The healthier the fruits, the more ripe and the higher the quality, the more sugar they contain in the form of fructose. They’ll also be quicker to release any water and the cooking phase won’t take as long. An advantage of shorter cooking times is that the texture of the fruit is maintained, as are more of its vitamins, trace elements, and minerals.

The Origin of sugar

Sugar is extracted from the root of the sugarbeet, a variety of red beet. Alternative sources include sugarcane, which was in some countries called the “honey reed”. Though you might think the opposite, actually, the whiter the sugar, the more pure it is.

Brown sugar owes its caramel-like color to a prolonged, intense cooking. For jam, the sugar that’s most adequate is white crystal sugar. However, if you’re interested in using organic sugar, you’ll probably only find cane sugar available. Use it in the same amounts, but note that it will give your recipe a slightly different taste. It has the same nutritional value.

I [Françoise, that is], use cane sugar when I prepare jams from exotic fruits such as banana, mango, pineapple…

Don’t get cane sugar confused with brown sugar, they’re not the same thing. 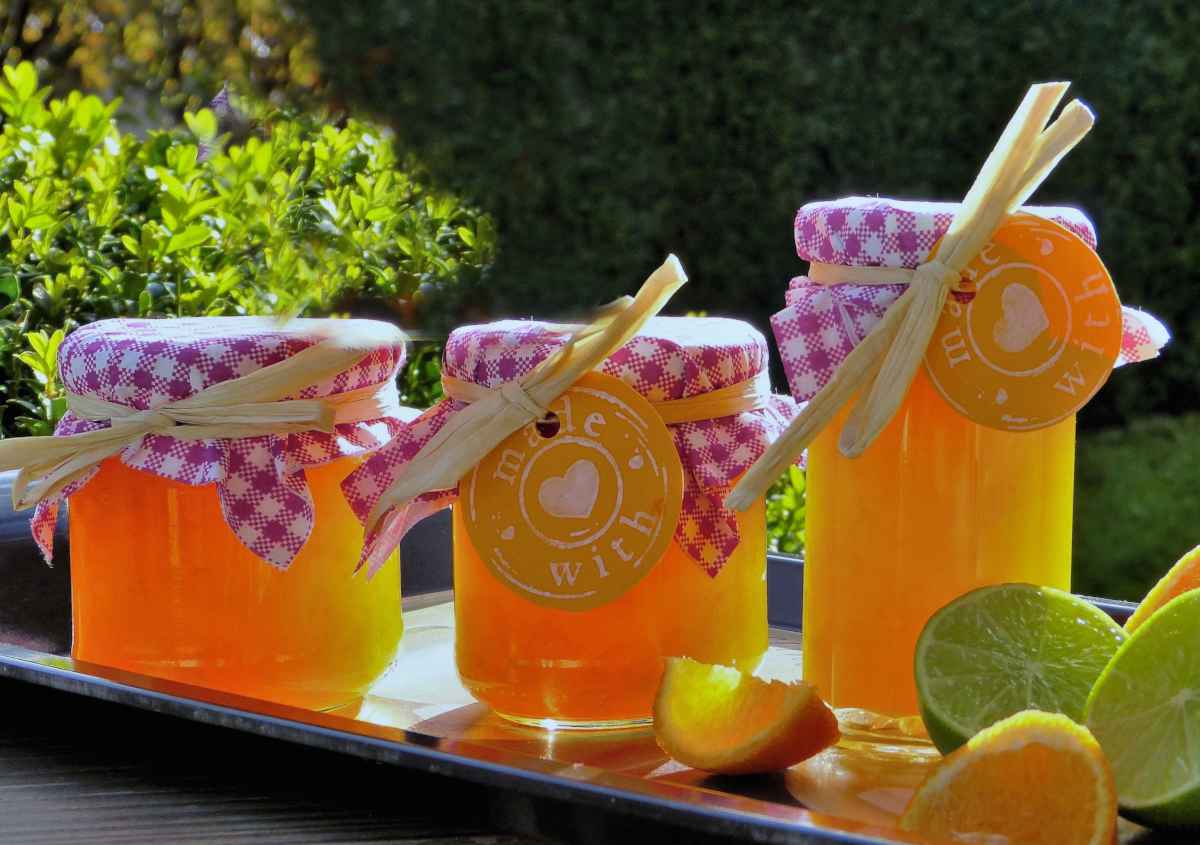 Bamboo, a plant with mysterious secrets
It's very difficult to classify these gigantic stalks: they're the size of shrubs and grow like perennials... but they're technically…
China pink, very long blooming
China pink or Dianthus chinensis is perfect for lining edges, flower beds and garden boxes thanks to its magnificent colors.…
Rose moss, key points to know
Rose moss is a small annual flower that is simply beautiful. Rose moss facts, a summary Name – Portulaca grandiflora…