Mental or psychic disorders with incomprehensible mood disorders can be connected to loss of interest and lack of pleasure while performing previously pleasurable activities and low self-esteem. Depression is what is behind all these symptoms that turn a perfectly healthy person into a severely handicapped patient who has trouble dealing with all walks of life: nutrition, work, family relationships, and health in general.

Today, according to the World Health Organization, this common disorder that can even lead to suicide impacts around 350 million persons across the planet.

Moreover, still according to the WHO, depression will become the second leading cause of disability on the globe as early as 2020.

What can be done against this sanitary hazard? 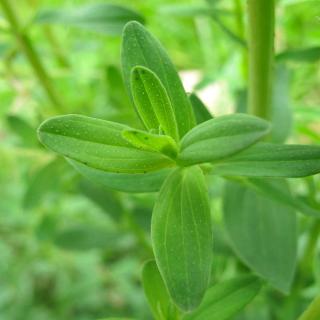 Today, herbal medicine is delving into the intricacies of this disorder and Saint John’s wort seems to fill the spot as an unmatched anti-depressant.
Native to the Middle East, North Africa and Europe, Saint John’s wort is a perennial plant that is now acclimatized in North America, Africa, Australia and even Asia. It grows along railroad tracks, in fields, along roadsides, vacant lots and dry prairie lands.

What does this plant look like? What are its health benefits and therapeutic properties? How can it best be utilized to maximize its effects? How effective is it?

The root words that form Saint John’s wort’s scientific latin name “Hypericum” come from Greek, and have the meaning of “fighting against ghosts” because the plant was considered to repel evil spirits who couldn’t bear the plant’s bad smell.

From the 18th to the middle of the 20th century, many American and German doctors prescribed Saint John’s wort to treat disorders resulting from depression.

As for herbalists, they use Saint John’s wort for ailments described by the ancient Greek authors, as well as chapped lips and skin, burns, bruises and even diaper rash.

Belonging to the Clusiaceae or Hypericaceae family, Saint John’s wort has been used for centuries to treat a great many ailments and symptoms among which mood disorders and melancholia.

This plant, which bears bright yellow flowers, is used in herbal medicine as an:

According to studies and clinical trials that were performed, it was shown that 67% of tested patients respond positively and attest to the effectiveness of Saint John’s wort.

This is thus a plant which targets symptoms of light and transitory depression which have been noticed for at least 2 weeks: appetite disorders, 5% weight loss or gain (over the past month), inappropriate feeling of guilt, chronic mood swings, excessive fatigue, hypersomnia or insomnia, dyspepsia (digestive disorders), loss of pleasure or gusto whatever the proposed activity, suicidal tendencies, nervous agitation, difficulty concentrating… 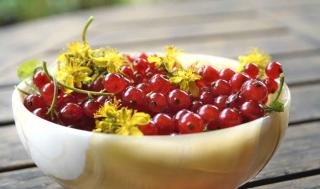 The parts of the Saint John’s wort plant that are used are the flowers and fresh or dried young leaves.
They are calibrated according to the chemical profile established by the manufacturer.

Consequently, to best avail of the benefits associated with Saint John’s wort, you can ingest it as:

– an infusion: For this, in ¼ quart (liter) boiling water, stir 1 teaspoon leaf material. Let sit for more or less ten minutes. Filter, then drink 1 to 3 times a day.

– a tincture: In ¼ quart (liter) warm water or in a lemon balm infusion, add 2 to 3 spurts from a dropper. Stir and drink. 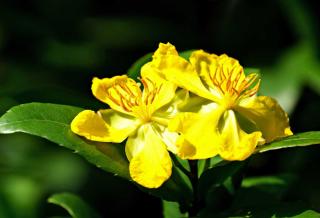 Depression is a disease that must absolutely be diagnosed by a health expert following stringent criteria.

Whatever the intensity of the depression, this mental and psychic disorder requires medical follow-up. Self-medication is therefore not recommended.

As for Saint John’s wort itself, it seems innocuous.

However, in case a treatment is prescribed and followed pursuant to a doctor’s assessment of any other disease, it is strongly recommended to consult with your physician before ingesting Saint John’s wort in order to avoid possible detrimental drug interaction.

Taking Saint John’s wort is not recommended for a pregnant woman.

Meet the community
Need advice? Share your garden joys & woes!
Live from the forum
Beans with healthy huge leaves but no fruits Dracaena marginata kiwi stalk health lupine healthy but leaves beneath are curling up