Home » Health » Lavandin health benefits, the offspring helps more than the sum of its parents

Lavandin usually grows best at altitudes of 300 to 700 yards (about 300 to 700 meters) on the sunny, chalky alkaline slopes of plains around the Mediterranean suit the plant best. This symbol of French Provence (France) belongs to the Lamiaceae family. It’s native to the Canary islands, India, North Africa, the Mediterranean area and South-East Asia. A common use for the plant is the essential oil extracted from its flowers. Perfumes and fragrances include it in their recipes. More than simply imparting a pleasant scent, lavandin also has soothing, relaxing and antiseptic properties.

A few words about the history of lavandin

This purple-flowered shrub has long blooms that were already used by ancient Romans. They used the scented flowers in the bathwater of hot and cold therms. Laundry stayed fresh and soft with pouches of lavender (the ancestor of lavandin) slipped into closets and storage rooms. 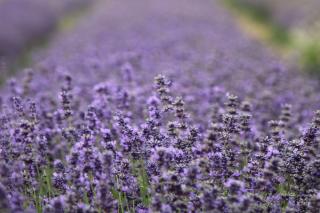 The Middle Ages are when the plant spread across Provence and Europe. Perfumes and medicine appeared that made the most of its benefits. The 19th century is when mass production began.

Lavandin in particular is a rather recent discovery. Two dates in particular mark the story of this special variety: 1925 and 1930. Indeed, growers of common lavender noticed that some lavender shoots grew more vigorous and bountiful than others. These were initially called “superior lavender”. Later on, research proved that lavandin was a hybrid created naturally by pollinator insects (such as bees).

Use of lavandin in cosmetics

The word “Lavender” comes from the Italian word “lavando” which means “to wash”. People who study ancient latin know where the 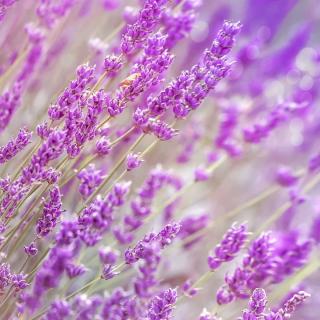 Italians got the word from: “lavandaria” meant “laundry that’s to be washed”, “lavare” means to wash and to purify.

According to historical sources, lavender was stashed in closets and shelves to perfume beddings, clothes and clean laundry and repel mites. The lavandin flower contains much more essential oil than ordinary lavender, which is why these powerfully fragrant hybrids are cultivated instead of their parent plant.

As of today, there are four main types of lavandin:

Lavandin essential oil constantly appears in aromatherapy treatments thanks to the effect of its many compounds such as cineol and beta-caryophyllene. 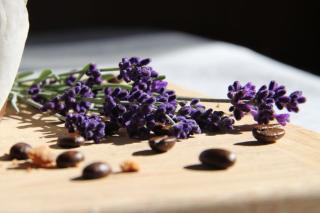 The main healing properties of lavandin include antiseptic, bactericidal, antispasmodic and diuretic effects. Preparations that have smaller amounts of lavandin essential oil are said to have sedative benefits. They help dress wounds, repel lice, and even, supposedly, break down snake venom (asp snakes).

Uses and ways to use lavandin

In some parts of North Africa, lavandin (or Lavandula augustifolia x latifolia) is even used in cooking. In other parts, the flowers help flavor sweets, cream, ice cream and more: simply steep a few flowers in mild or cream for a tasty treat!

Southern France has developed an entire industry around using Lavandin. Whole flower stems are used to flavor liquor which is served as a digestive drink after meals. Dab a few drops of that liquor around an itch or wound to clean the area as an antiseptic. Drink a few sips to calm down! Children can be calmed down, too: prepare a warm bath for them with a few sprigs and blooms. This infusion will do them good. 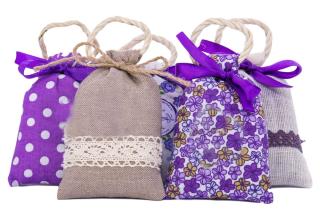 Whenever an insect bites you, crush a few lavandin leaves and flowers together. Rub the paste on and around the bite to remove the itch and reduce swelling.

A famous remedy for sleeplessness: slip a pouch filled with lavender flowers under your pillow. You can also minimize the duration and intensity of headaches if you massage a few drops of lavandin essential oil on your temples at the sides of your head.

Whatever you medical situation may be, always consult a professional before using lavandin. It may interfere with treatments you’re following and might not be the best way to deal with what is ailing you.