Overloaded with vitamins and minerals, this red goji berry fruit is said to have innumerable health properties: anti-ageing effects, reinforces the immune system… but there is quite a lot of controversy regarding its benefits.

Grown for millennia, goji berry come from high-altitude regions such as the Himalayas, the Chinese province of Ningxia, and the high plateaus of Interior Mongolia. With but a dash of sweetness in their taste, these little red fruits are key ingredients in traditional Chinese medicine, from which the long list of therapeutic effects derives.

A fruit replete with antioxidants 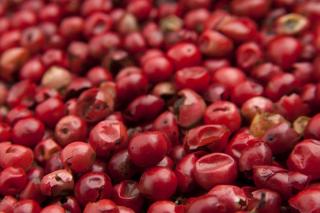 This isn’t much of a surprise, when you look at the list of compounds, trace minerals and antioxidant molecules and vitamins found inside the berries. Goji berries have a large proportion of carotenoids which help control free radicals.

Analysis shows no less than 21 different trace elements (Zinc, Iron, Selenium, Phosphorus), 18 types of amino acids, Calcium, a number of proteins, and vitamins E, B1, B2, B6 and C. All in all a “superfood” that gives our body all the nutrients it needs to function properly!

Goji berry is used by Chinese herborists to treat against fatigue, respiratory ailments, and male infertility. Accordingly, it would also have protective effects on the liver and kidneys, and helps stimulate the immune system. In parallel, it slows cellular ageing.

Goji berry has in recent times reached major milestones in terms of exports to the West. Its appeal keeps increasing. Mainly sold as dehydrated berries, it’s available in organic food stores and on the internet. Prices vary within a rather costly range: 10 to 20 dollars a pound (20 to 40 euro per kilogram). 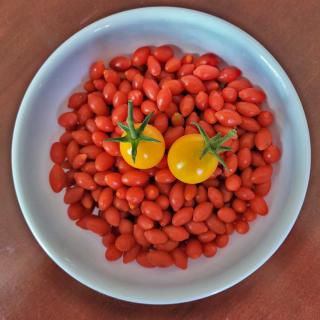 Nowadays, goji berries are also cultivated in Europe and in America for local markets. That way, they’re sold while still fresh even in supermarkets. This is good news: fresh fruit always has more healthy nutrients than dried fruit.

For many convinced consumers, the case is closed: health benefits abound and they’re happy to avail of them! However, an increasing number of scientists are running counter to this claim, and state that marketing professionals overstated these benefits. They say that there aren’t any serious studies that prove these supposed benefits.

Not only that, but worse: goji berries grown in Asia were tested to contain high amounts of pesticides. Some chemicals were so concentrated that they trigger strong allergic reactions in some consumers. So, a “superfood” it may be, but only in moderate amounts…

Meet the community
Need advice? Share your garden joys & woes!
Live from the forum
Over pruned goji berry bush Goji berry was healthy but now is covered with white sickness