Black radish (Raphanus sativus) is a very ancient species. Its origins are lost in the dawn of time and its precise origin cannot be traced. However, today, it is grown almost everywhere, and offers health benefits and therapeutic properties for the body.

It is more than anything known to detoxify the liver, bile ducts and to treat digestive disorders.

Used by the Pharaohs for its refreshing and nourishing properties, radish was subsequently recommended to stimulate the appetite and was then used as a diuretic in the Middle Ages. It then was relegated to being simply a nanny’s remedy as an expectorant against pertussis and bronchitis. Today, black radish is used in gastronomy for its nutrition and taste value and in medicine for its therapeutic benefits. 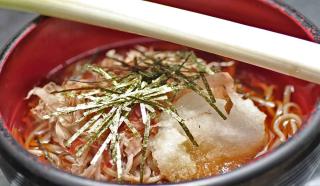 A large long root with black skin, black radish has very white flesh which is spicy and can be eaten raw, either thinly sliced or grated. Some varieties are round instead of long.

Black radish provides on average 18 kcal / 3.5 oz (100 g). It is a vegetable that contains many vitamins and minerals. Moreover, it contains organic compounds for which preliminary research seems to hint at anti-cancer effects.

Lungwort health benefits: breathe easy, the lung care plant is here!
Lungwort is chock full of active compounds that often appear in pharmaceutical companies' anti-cough syrups. Its leaves and flower tips…
Silverbeet health benefits and therapeutic value
Silverbeet (Beta vulgaris), also called chard, belongs to the Chenopodiaceae family and hails to us from the Mediterranean coast. Part of…
Hazelnut health benefits and therapeutic value
The hazelnut is the fruit that the hazel tree bears (Corylus avellana). It is a bushy shrub that belongs to…