You might know the Phalaenopsis that has set root in many homes all over the world, but a great many other orchid varieties are still unknown to the greater public.

Just as elegant and graceful, they add their magnetic appeal to your home or at the office. Discover a few interesting species here!

Miltonia, the romantic one 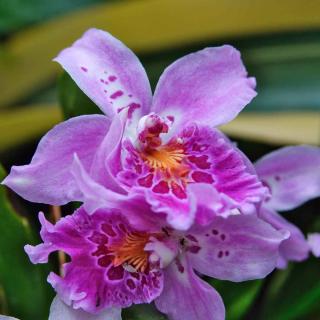 One of the very few orchids to release a fragrant perfume, the Miltonia was Princess Diana’s favorite orchid.

Set it up in a luminous spot, not in direct sun, and immerse it in lukewarm water once or twice a week to keep the soil moist. 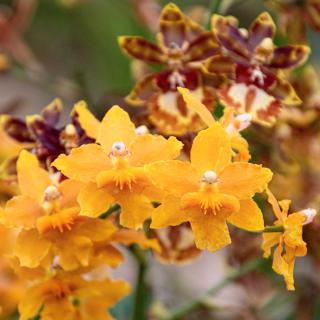 Usually given as gift that symbolizes sentiments and emotions, Oncidium presents a crown of small flowers that seem to hover in the air.

Its yellow and brown colors made the way for its nickname “Tiger orchid”, but there are also pink varieties out there.

Place it in a well-lit place and soak it once a week. 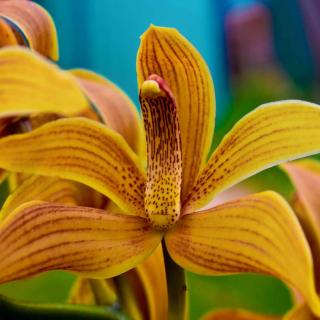 This is the most exuberant of orchids.

A ground-growing variety growing in the wild in Asia, Cymbidium boasts dense pointed leaves and stems covered with flowers in winter, when other varieties are usually dormant. 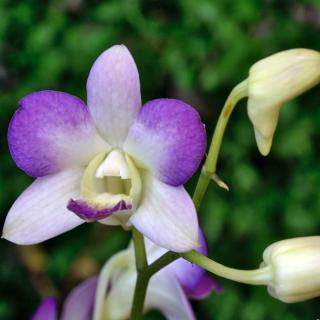 Flowers cascading down from the tip of a scape, Dendrobium is considered by the Japanese to be the guardian angel of the house that absorbs negative energy.

We appreciate the variety of its colors and its darker labellum (the third petal), making us think that its flowers like to wear lipstick.

This plant also is partial to mild environments with temperatures of about 65°F (18°C). 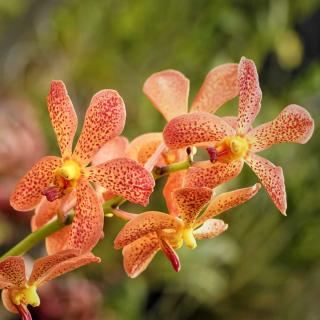 From India to Sri Lanka, the Vanda orchid grows in trees with its roots dangling in the air or wrapping up around branches.

In the house, it’s the same thing, it doesn’t require soil and simply hangs from a hook, a nail or light fixture…

Remember to immerse it in lukewarm water two or three times a week to give those brilliant colored blooms a drink. 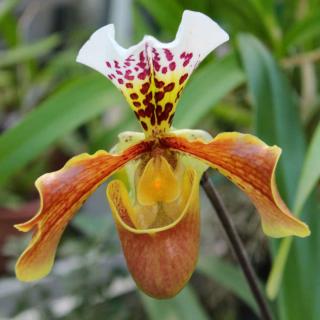 A tropical beauty, this easy-going orchid generally only carries a single flower per scape.

Unlike other orchids, Paphiopedilum loves shade which makes it a great choice for darker rooms.

Video on repotting an orchid

Soil mix or compost, what is the difference?
Even though these two products are often confused, they do have very distinct uses and very different results. Soil mix…
Orchid, how to make the blooming last
A prized gift that often replaces flower bouquets: the orchid, and more specifically the phalaenopsis orchid, is very appealing. But…
Catalpa, a shade tree with amazing orchid-like blooms
Catalpa is a true garden-enhancing tree thanks to its unique foliage, especially in fall. This fast-growing tree is also very…